Dwight Howard Asked Houston’s GM: ‘Why Am I Here?’ 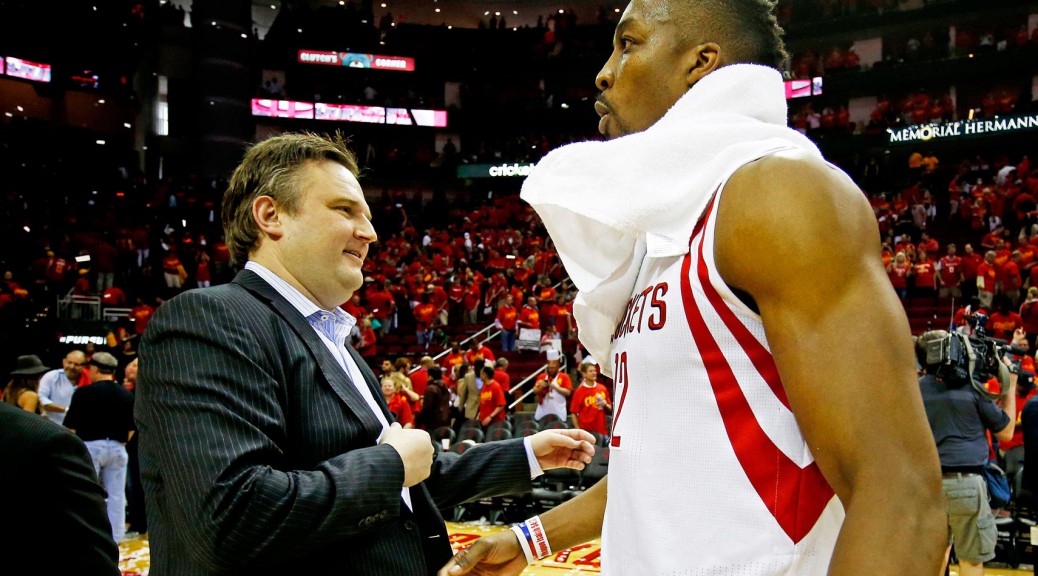 With his last chance to land a fat contract in free agency looming this summer, Dwight Howard has been busy doing some image rehab through various media entities.

The big guy appears to be on his way out of Houston—Dwight says he approached team management about having a bigger role in the offense this season, and was quickly shot down.

Howard vows to no longer let frustration get in the way of his game.

The 32-year-old center has seen his public image and reputation sour in the back half of his 12-year career. Now, with an opportunity to opt out of the $23.2 million final year of his contract with the Houston Rockets looming on July 1, he says he is looking to turn the page.

You mentioned your season in Houston didn’t end the way you wanted. You have also admitted you were “disinterested” during parts of the year. Why was that?

Howard: “There were times I was disinterested because of situations that happened behind the scenes that really hurt me. It left me thinking, ‘This is not what I signed up for.'”

What specifically are you referring to?

Howard: “I felt like my role was being reduced. I went to [Rockets general manager] Daryl [Morey] and said, ‘I want to be more involved.’ Daryl said, ‘No, we don’t want you to be.’ My response was, ‘Why not? Why am I here?’ It was shocking to me that it came from him instead of our coach. So I said to him, ‘No disrespect to what you do, but you’ve never played the game. I’ve been in this game a long time. I know what it takes to be effective.'”