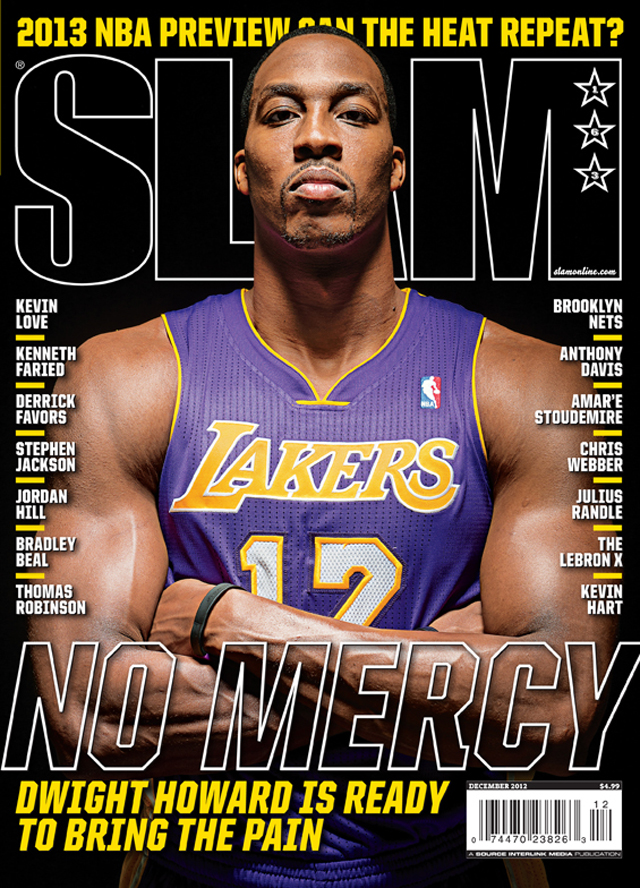 Though it won’t appear on newsstands until late next week, SLAM 163 has us too hyped to hold back any longer. So allow us to introduce: A diesel Dwight Howard on the cover, as a gold-and-purple wearing member of the Los Angeles Lakers. We never thought we’d see this happen, and neither did you. But it did, and it’s dope—as is the interview with Dwight and the rest of the issue.

We’ll have a more comprehensive breakdown of SLAM 163 next week. Until then, enjoy the cover, as shot exclusively for SLAM by Atiba Jefferson.