Dwight Howard: ‘A Lot of People Have Written Me Off’ 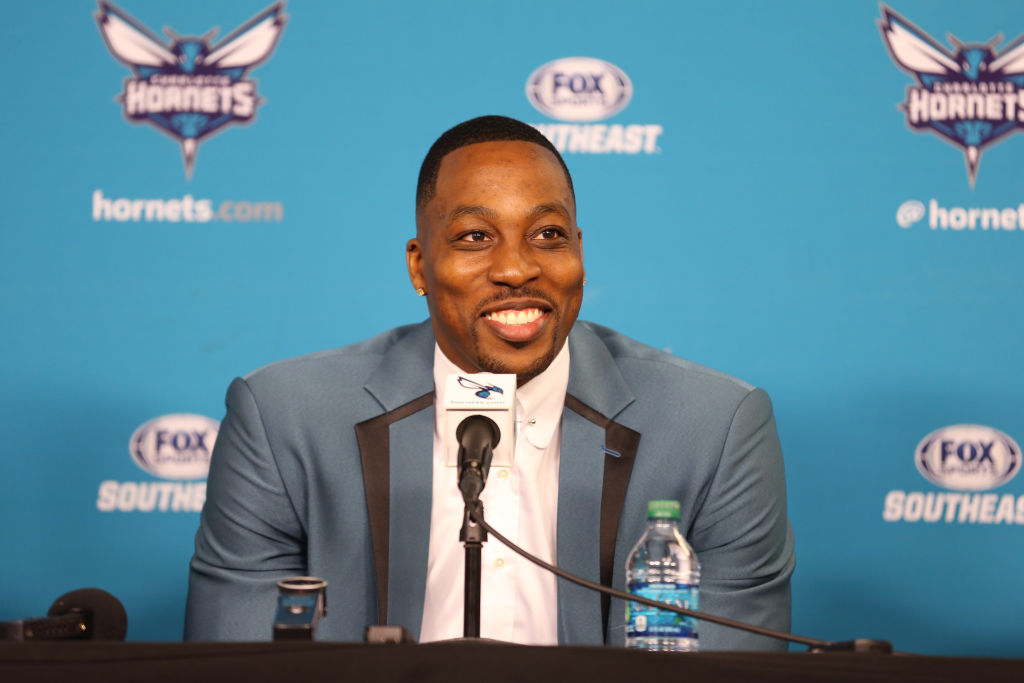 Dwight Howard struck a defiant tone during his introductory press conference in Charlotte, saying he’s motivated by those who have written him off.

Hornets' Dwight Howard knows he has a lot of haters, so he delivered a message to them on his first day in Charlotte https://t.co/lSenEJbYAL

Howard, 31, was acquired by the Hornets last week in a multi-player trade with the Atlanta Hawks, joinnig his fifth team in seven years.

The big fella put up averages of 13.5 points and 12.7 rebounds last season.

“A lot of people have written me off – which is great,” Howard said at the news conference to announce his arrival in Charlotte Monday. “It’s going to make me work even harder.”

Howard didn’t get into many specifics about this – with one exception – but it will be interesting to see if he follows through on this promise. The one exception that obviously rankled Howard: He said he can operate offensively in the pick-and-roll just fine, thank you.

“People have always said stuff about me that’s not true,” Howard said in a 30-minute news conference Monday. “Go back to my time in Orlando. … We used a lot of of pick and rolls…. It’s not that I don’t want to set screens. People just used that to have something negative to say.”

Said Howard: “I understand for me to play as long as I want to play, I have to expand my game. … It’s not just shooting 3s but playing with confidence. That’s one thing I’ve been talking to Mike (Hornets owner Michael Jordan) a lot about. How he was able to overcome the fear of missing – because that’s something that has been an issue in the past. In practices I’ll make 3s and jump shots. Then I didn’t want to miss in the game. That’s the reason I said I was working on those 3s – to get shots and shoot with confidence anywhere on the floor. But I also don’t plan on stepping out and shooting 100 3s this year.”