Dwight Howard: ‘We Can Win a Championship’ 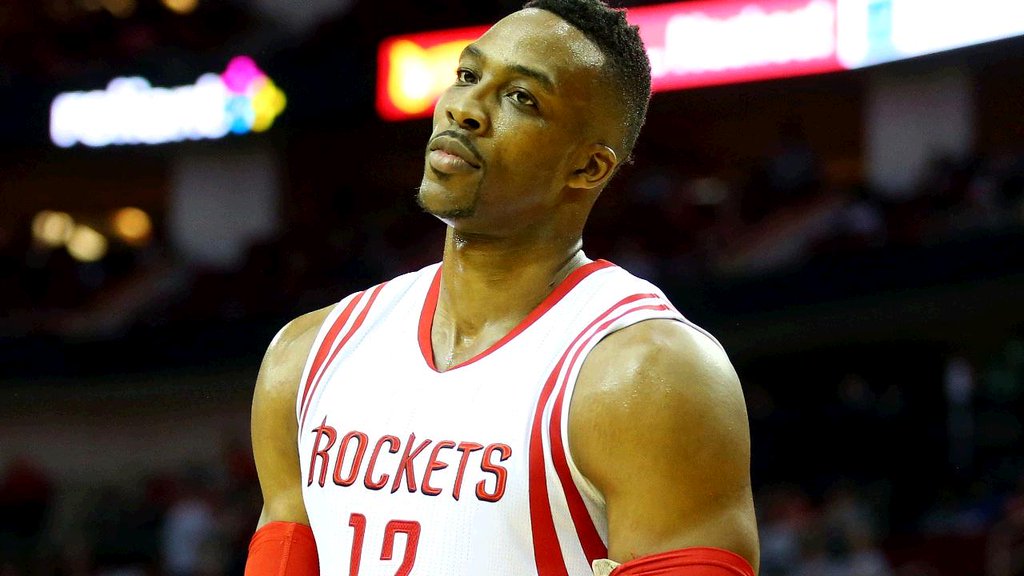 Houston Rockets center Dwight Howard wants the world to know two things, primarily: he has no ill will towards All-Star teammate James Harden, and the big fella says the Rockets (35-35) can win the NBA title this season.

Dwight longs for the days when he was the main feature of his squad’s offensive attack, but says he’ll continue to do what is best for the Rockets to be successful.

The 30-year-old believes centers can still dominate the League despite teams’ reliance on guard play, and vows to become an All-Star again next season.

“The way the (NBA) game is played (now), it’s all outside-in, it’s threes, it’s super-fast,” Howard said. “It’s really like we’re dinosaurs, and they’re trying to extinct us. But the Ice Age will not come, and we will not be extinct. [….] You watch a guy like Shaq (O’Neal) or Kareem (Abdul-Jabbar) and all these guys, and I don’t know if they would want to just play with guys shooting threes and stuff like that. They want to be fed, but it’s the evolution of the game. And the way you stay relevant is trying to find ways to play without focusing on not getting the ball … I think it’s all just a mindset. Some teams are better at it than others.”

“Since I’ve been in the NBA, especially when we (were) in Orlando and (then-coach) Stan (Van Gundy) got there, he made a big emphasis on playing inside-out, and really just playing a bully-type style of basketball,” said Howard, who plans on declining his $23.2 million player option for next season. “And we did pick and rolls too, so it was kind of like a mixture. That’s what threw teams off. It wasn’t (just) me getting post-ups so I can always score, but it was doing that to free up our shooters, to give them more space (and) to really shoot the ball. […] I feel like that’s a very successful way of playing. I know (the Rockets) have their opinions or whatever. (But) for the rest of the season, I’m going to make it an effort just to do what they need me to do offensively and defensively, and not focus on what happened back in Orlando (and) what happened in LA (with the Lakers) and just put my mind to finishing this season on a real high note.”

“People feel … like we hate each other,” Howard said. “I have no hate in my blood for (Harden), you know? For what? He came from nothing. We both came from nothing. And we’re doing something that we love. We grew up playing this game for fun, and we had big dreams of making it to the NBA. So I would never hate this man because I know what it took for me to get here, and he made it. So I want him to succeed. I want us to succeed. Before coming here, I watched endless hours of YouTube videos on James Harden, before he had the beard. I watched all that stuff, because I’m like, ‘Dang, this boy, he’s got so much talent.’ We both have to figure out how we’re going to make this thing work. It’s on us. We’ve got the rest of the season, and the playoffs, and we can do it. It’s a mindset. It’s a mentality. And the whole team will fall in line when me and him are on that same page and the team sees that we’re strong together. … Collectively, if we just come together like we’re supposed to…” […] He pauses. “It takes time, you know?” he said. “It takes time. If we can just come together like we’re supposed to and like we want to, then I’m telling you, we can win a championship.”