Dwyane Wade: 2014 Miami Heat ‘Like Being in a Bad Marriage’ 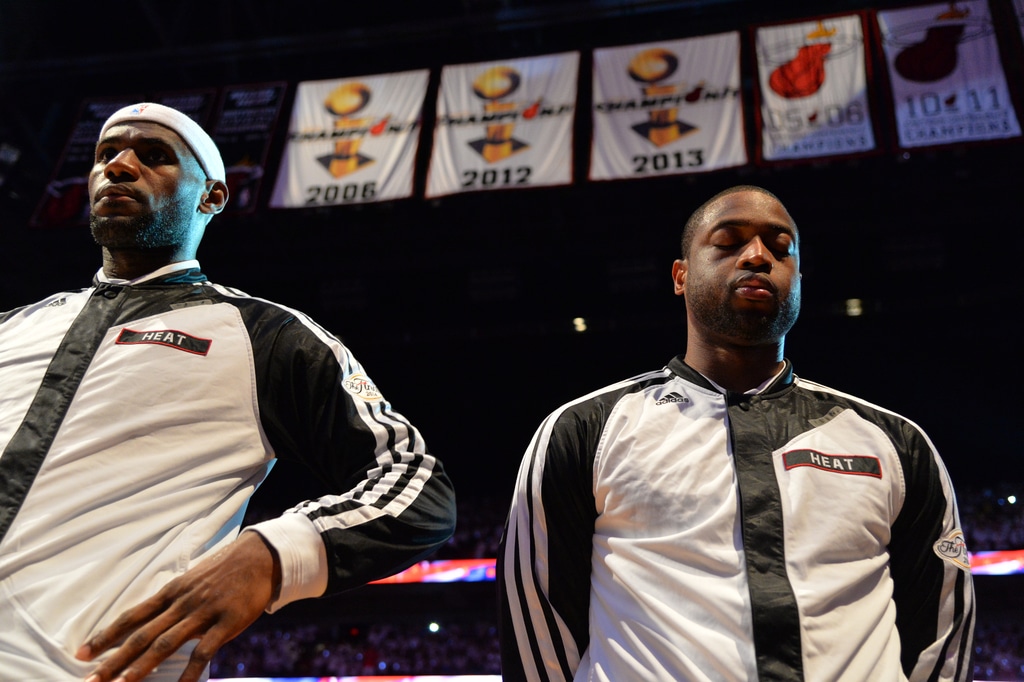 Dwyane Wade said playing for the 2014 Miami Heat was like being trapped in a “bad marriage,” and still can’t believe the squad reached the NBA Finals that season.

Wade, 35, made the observation Thursday afternoon while discussing the Cleveland Cavaliers’ current struggles.

Wade's recall of Heat's 4th Finals — 'we shouldn't have made it' – calls Cavs' future into question https://t.co/An5hiUMMVJ

The future Hall of Famer remains hopeful about the Cavs breaking out of their funk.

As Dwyane Wade reflected Thursday on the four Finals he and LeBron James and Chris Bosh reached with the Miami Heat, he said “I don’t know how we made it” to the last one in 2014.

“As a team, we were kind of like this, (but) it was worse because it wasn’t new guys,” Wade said after the Cavs’ practice Thursday. “It was guys who had been around each other four years in a row. Your jokes weren’t funny any more to other guys, when you walked in it wasn’t a big smile any more. Guys were just over you. It’s like being in a bad marriage. But we somehow made it to the Finals.”

The Heat, coming off back-to-back titles, suffered through losing skids of four out of five and six out of eight games, but both were later in the season. Miami started the year 4-3 and then ripped off a 10-game winning streak. The Indiana Pacers, not the Heat, finished first in the conference but lost 4-2 in the Eastern finals to Miami.

“Indiana should have beat us that year,” Wade said. “We had a mental edge over those guys and we were able to win. But we shouldn’t have been there. So it’s tough, definitely. That’s why it hasn’t been done a lot. For the guys that’s here, you have to pull from something else to motivate you, to get you to feel that hunger again like you had that first year. That’s sports, it’s tough.”