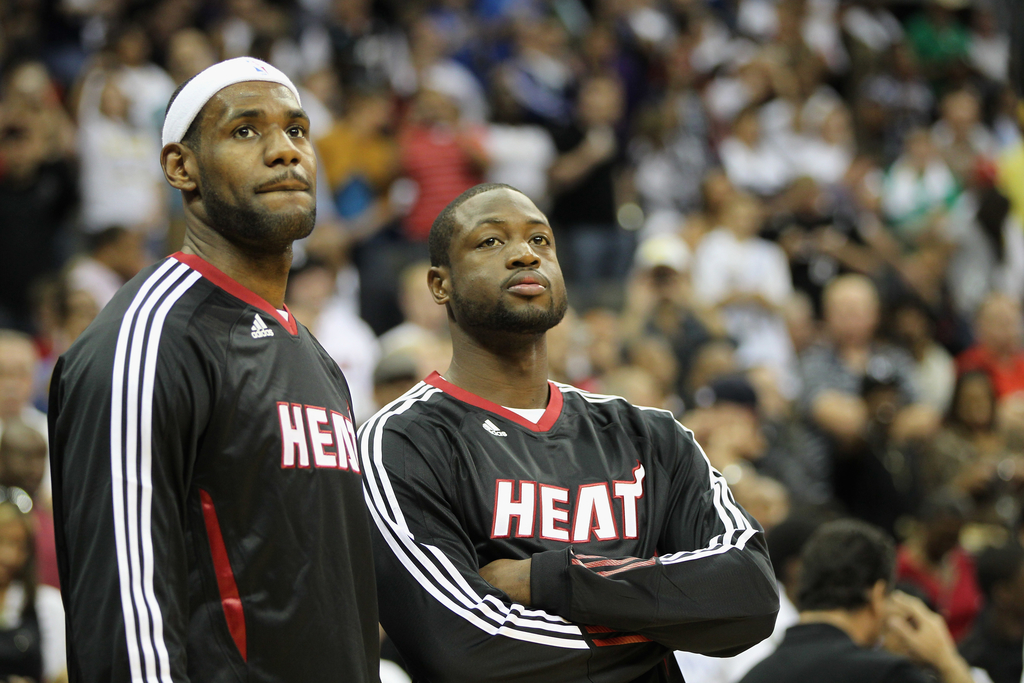 Six years ago, Dwyane Wade and LeBron James briefly thought about taking their talents to the Windy City.

Wade, James and Chris Bosh of course formed a BIg Three in South Beach that fateful summer, but Chicago was also very much on the table.

Wade defended the power and influence NBA players currently have over their careers.

“It would be a different story,” Wade said, when asked if the Bulls had been able to move (Luol) Deng. “It was something they talked about. They were very open with us with what they were trying to do. They heard the news of Miami being able to bring three players in. But it never happened. So we never had to think that far. I mean, this was a place I wanted to play. It was a place LeBron also loved. We loved the city of Chicago. It’s a great market as well. Obviously, the sunny sun of Miami is great too. We had two great choices.”

“Whether you dislike the Heat or you loved the Heat, you were tuning in to watch the Heat. Same thing with Golden State now,” Wade said. “Our game is growing. … (Teams) can get rid of us at any moment, so to have the power to be able to do what we did in 2010, that felt great. That was a great moment for us. Three young African-American kids got the opportunity to control their own destiny.”