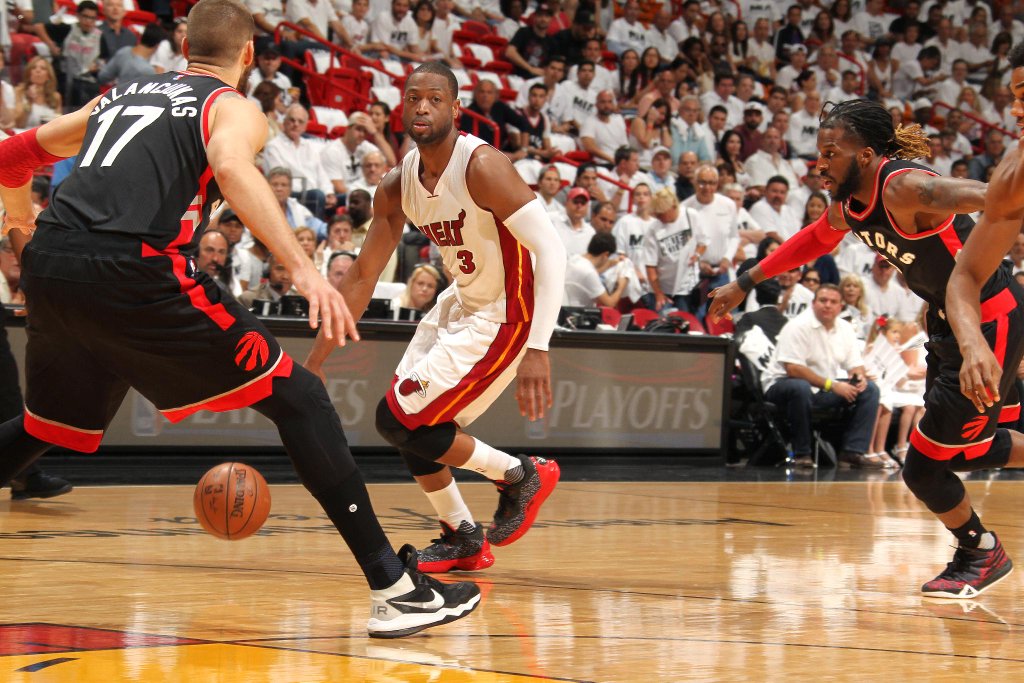 Some proud Canadians had their feelings hurt after Heat superstar Dwyane Wade was spotted hoisting up shots during “O Canada” prior to Game 3 of the Toronto-Miami series Saturday.

With any luck, we can hopefully put this international incident behind us.

“You’re always sensitive to anything throughout the world,” he said. “I’m not thinking about nothing like that. I’m thinking about what I need to do before every game that I prepare for and have been doing my whole career. I understand whatever’s said from that standpoint, but I’m not a disrespectful person. If anybody thinks I’m being disrespectful to their country, then they have no idea who Dwyane Wade is.

“No disrespect from myself or Amar’e (Stoudemire) or anybody. If anybody feels like it was, please don’t fill up my timeline with disrespectful comments, because that’s not this guy right here. Find somebody else with that.”

For Wade’s part, the pre-game order of events is different for the American teams when playing Toronto. The U.S. national anthem typically is done right before player introductions, but when the Heat are playing the Raptors, both anthems are done with about 12 minutes left before the horn for intros. […] That said, Wade and the team will adjust their pre-game routine to make sure this doesn’t happen again.