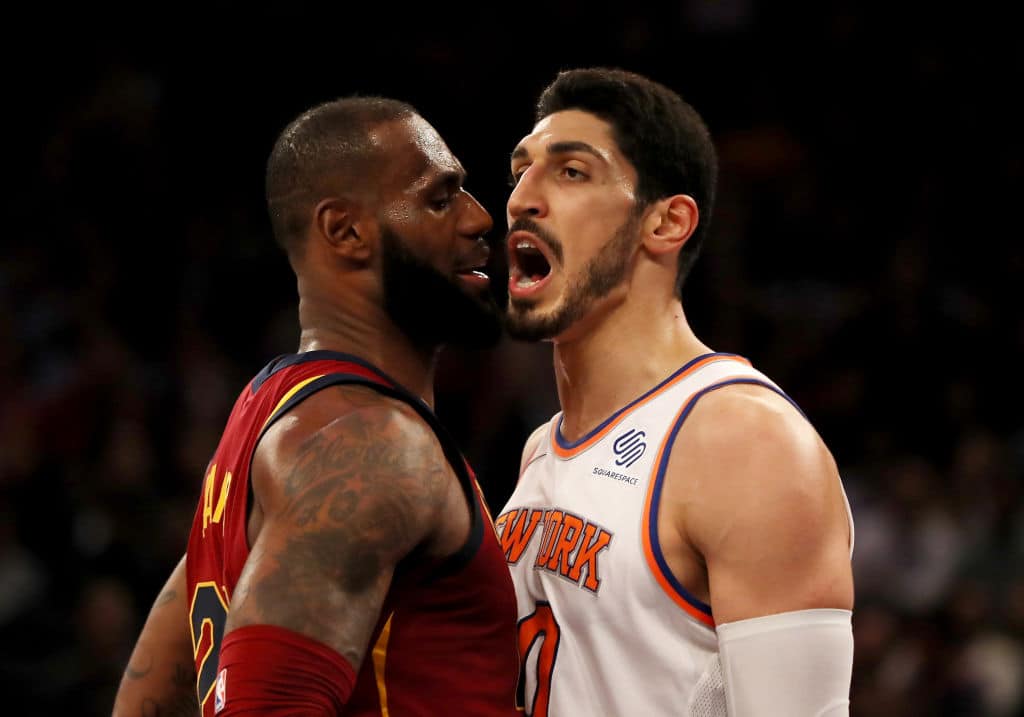 Enes Kanter relishes every chance he gets to troll LeBron James and the struggling Cleveland Cavaliers.

A former teammate from his OKC Thunder days warned Kanter to tread carefully when it comes to poking LeBron.

The big fella says it’s all in good fun.

Enes Kanter continues trolling LeBron James on Twitter: "This is all about just having fun, put a smile on people’s face. I think I’m doing it.” https://t.co/RwjKWZLPd1

The Knicks don’t play the Cavaliers again until April 9.

“I mess with him a lot, but he’s obviously the best player in the league,” Kanter said. “I respect the guy a lot. Right now they’re struggling. I don’t think he’s thinking about what I tweet, I think he’s worried about his team. The only thing he thinks about is getting his team back on a roll.”