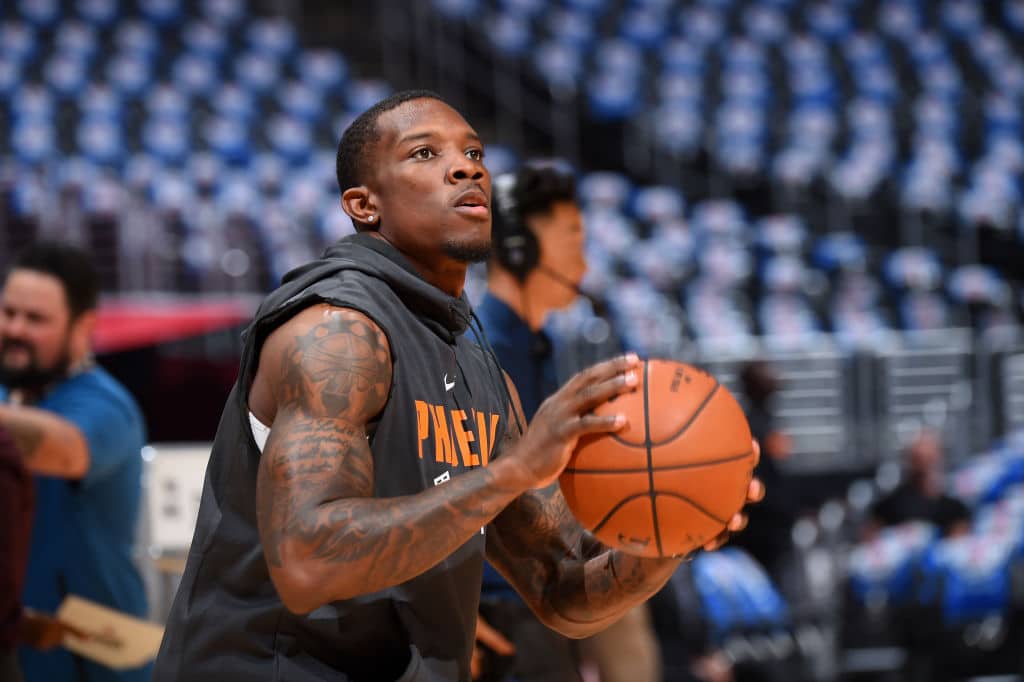 The NBA fined Suns guard Eric Bledsoe $10,000 after he tweeted that he no longer wanted to be in Phoenix.

Bledsoe may be on his way out of Arizona, but he’s reportedly working out at the team facility.

The Suns fired head coach Earl Watson hours after Bledsoe’s infamous tweet, and have yet to find a trade partner for the 27-year-old.

Suns point guard Eric Bledsoe was fined $10,000 by the NBA for his Oct. 22 tweet in which he said, “I Dont wanna be here,” General Manager Ryan McDonough confirmed to azcentral sports Sunday.

“The league doesn’t want to set a precedent of players going off on social media,” Dudley said. “If you ask Bled he probably regrets doing that. He probably would have done something in a different manner. I just think in general you can’t even demand a trade when you’re doing interviews. Just keep it more in house.”