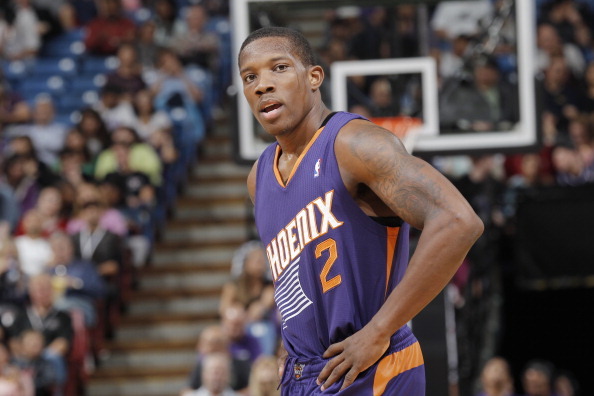 Despite having balked at a four-year, $48 million offer, the Phoenix Suns say they expect to retain restricted free agent guard Eric Bledsoe. No other team has made Bledsoe an offer, and with the Suns able to match any deal, Bledsoe says he grudgingly understands the strategy his employer is using. Per the AZ Republic:

Appearing at a streetball event Saturday in his hometown of Birmingham, Bledsoe told Birmingham station WBRC-TV, “I’m letting my agent Rich Paul handle it. You know, I understand the Phoenix Suns are using restricted free agency against me but I understand that.”

The Suns made Bledsoe a four-year, $48 million offer that matches what Kyle Lowry, the free agency market’s other top point guard, signed to remain with Toronto as an unrestricted free agent. The Suns are the only team that can give Bledsoe a five-year contract and that could be worth up to $84 million, leaving open the possibility that Bledsoe’s camp could desire a sign-and-trade. The flip side of the market is that restricted free agents like Gordon Hayward (four years, $63 million) and Chandler Parsons (three years, $46 million) received top dollar in free agency.