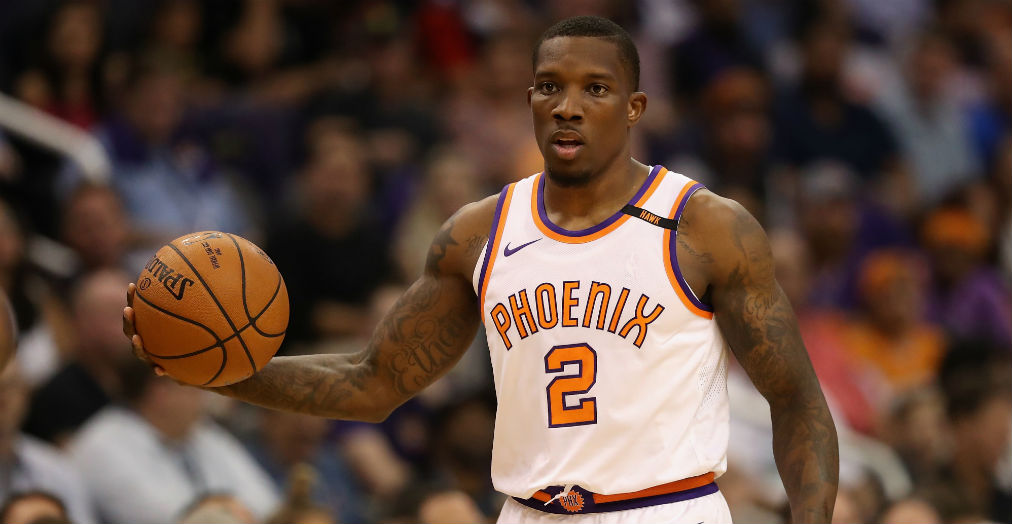 Suns and Nuggets have discussed a trade of Eric Bledsoe for Emmanuel Mudiay and other pieces, league sources told @BBallInsiders.

Update: According to Phoenix’s ABC15Sports, Bledsoe told Suns GM Ryan McDonough that his “I don’t wanna be here” tweet was in reference to a hair salon. McDonough said he “didn’t believe that to be true” and that Bledsoe “won’t be with us going forward.”

McDonough RE: Bledsoe's tweet: "He said he was at a hair salon… I didn't believe that to be true. He won't be with us going forward."

Original Story: We’re not even a week into the NBA season and the Phoenix Suns are already a mess.

Yesterday afternoon, the Suns fired head coach Earl Watson and point guard Eric Bledsoe tweeted out that he “don’t wanna be here” after an 0-3 start.

According to ESPN, Bledsoe and the Suns met before shootaround earlier this morning and Bledsoe “was sent home at the end of the discussion.”

Bledsoe, 27, will not be available for Monday’s home game against the Sacramento Kings, sources said, and rival executives are under the assumption that a trade is looming.

Interest around the NBA has increased in the past day for Bledsoe, once it became apparent that both sides are motivated to part ways, sources told Wojnarowski.

The report also states that Bledsoe had met with team owner Robert Sarver and general manager Ryan McDonough during the preseason to request a trade.

ESPN’s Ian Begley reports that the Knicks have inquired about Bledsoe:

The Knicks are among the teams who have reached out to Phoenix recently about trading for guard Eric Bledsoe, per league sources. https://t.co/INmuthUPc6