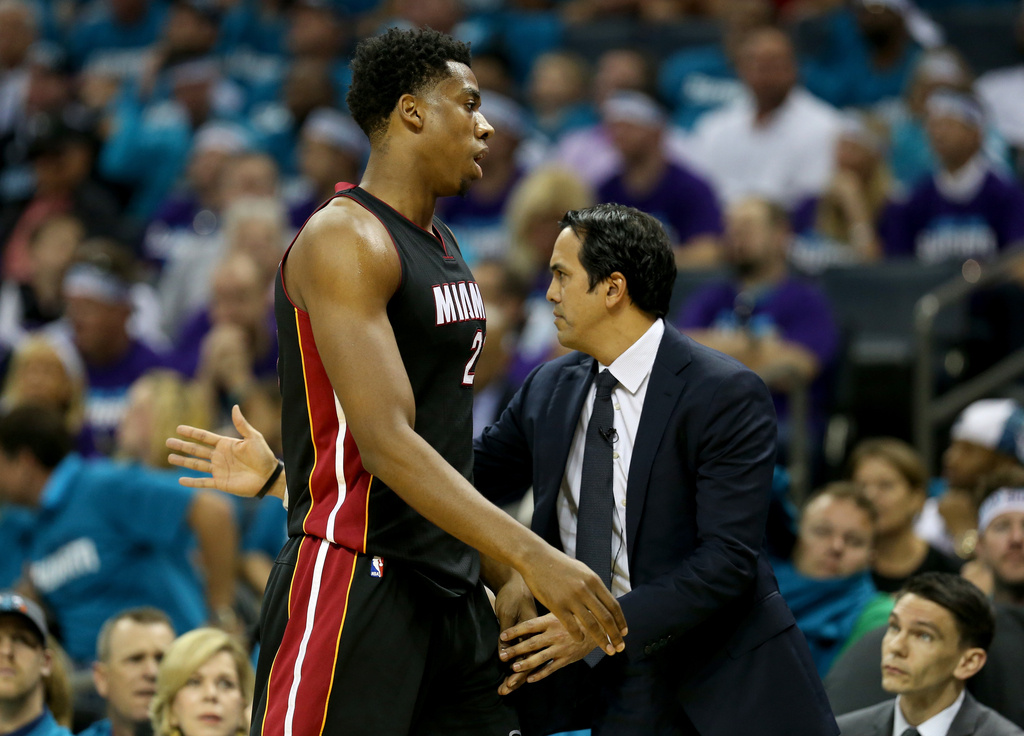 Miami Heat head coach Erik Spoelstra would vote for his own guy for the Defensive Player of the Year award.

Spoelstra says that Hassan Whiteside has been the NBA’s most dominant defensive player.

Spoelstra believes this has been the most productive season of Whiteside’s career.

Whiteside is averaging 16.9 points, 14.1 rebounds and 2.1 blocks. While his scoring is at a career-best, it is his play on the defensive end that has stood out the most.

The Heat also feel Whiteside is deserving of consideration for one of the three All-NBA teams. The honors are announced in late May. Whiteside is the league’s top rebounder, ranks third in blocks and ninth in field goal percentage.