Evan Turner on Kyle Korver: ‘He Can’t Guard to Save His ‘Life’ 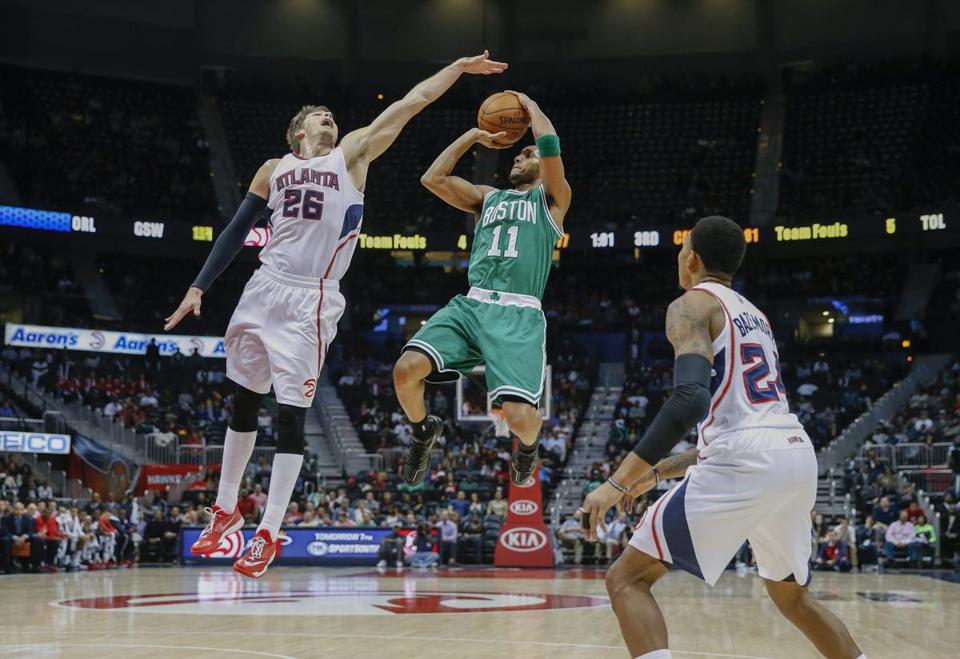 Turner was particularly upset with a foul call in the third quarter — he was whistled for tripping Hawks sharpshooter Kyle Korver.

“They started pressuring and it’s tough to score when you have two hands inside your jersey as well,” Turner told Boston reporters after the game. “At the same time, I got a foul call on Korver and they said I pushed him and tripped him and he just fell.

“He can’t guard to save his life and he’s grabbing Marcus Thornton and he’s grabbing me and he has no business being in the game on the defensive end but what can you possibly do if they’re allowed to have their hands on you?”

Korver finished with a team-high 24 points, making 6 of 7 3-pointers. He became the first player in the NBA this season to score at least 24 points on less than 10 field goal attempts. Korver is averaging 13.6 points a game this season. He has scored 20-or-more points four times and has made at least six 3-pointers three times.