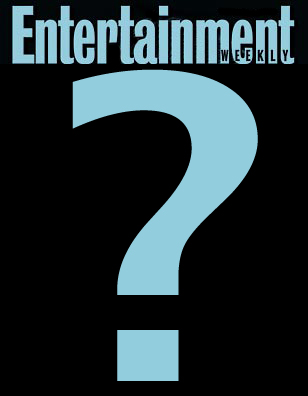 Once again, it’s time for SLAMonline’s hottest new weekly feature, wherein Lang and Sam try to guess what this week’s cover of Entertainment Weekly will be.

With Sam out on vacation, this week Lang hooked up with SLAM associate editor Khalid Salaam and SLAM senior writer DeMarco Williams.

Lang Whitaker: OK, DeMarco, tell us why you’re uniquely qualified to do this.

DeMarco Williams: Well, for Insite, the magazine in Atlanta, I cover a lot of movie stuff. I’m actually out in L.A. right now for this movie Hollywoodland. I’m about to go over and interview Ben Affleck, Bob Hoskins and Adrien Brody.

LW: And Khalid, didn’t you run the entertainment section of your school newspaper when you were in college?

Khalid Salaam: I did.

LW: And I used to write about music for the paper in Atlanta, although now my main claim to being an expert regarding this is that I’m an avid EW reader and fan. OK, let’s get it cracking. DeMarco actually texted me earlier today. What was your guess?

DW: I was thinking because this movie thing’s gotta stop, I would definitely think go with music, so I’ll go with Janet Jackson or Madonna.

LW: I’m still thinking Aguilera. They have to do that album eventually because that’s a big deal.

KS: Did you know a bunch of that album, like half of it, is produced by DJ Premier? I heard his song yesterday?

KS: He gave it Gangstarr beats. She was singing over them.

LW: Oh, and you know what? She’s on Rolling Stone this week, so I bet EW wouldn’t double up like that.

DW: Her tour is in the news a lot lately. She has some thing she does on a cross or something that’s been getting her a lot of attention.

LW: I’m pretty sure she has a new album coming out. And actually, I need to come clean here. Ryan told me this morning that he’d seen the cover and asked if I wanted to “know the theme.” Besides Ryan trying to ruin the game for is, that made me think it might be the Fall Movie Preview.

KS: Isn’t it too early for the Fall Preview?

DW: Or it could be the Fall TV Preview.

KW: But isn’t it too early? It’s not even middle of month.

LW: Well, if it’s not fall movies or TVs or music, the only other thing it could be would be a book-related cover, but they’d never do that, unless maybe it was Harry Potter.

DW: Yeah, I don’t think even Grisham would rate a cover at this point. I kind of like the Outkast thing.

LW: But here’s the thing — they need a big, blockbuster cover because last week they did a cover with that crap on it, that horrible indie movie stuff. So they something really big this week to couterbalance that.

KS: But Outkast is pretty big. People know who they are. Their last album went diamond, for God’s sake.

DW: Do you think they’d do Will Ferrell?

LW: No, they would’ve done it last week.

KS: Oh, it also could be Nic Cage. That World Trade Center movie comes out everywhere this week.

LW: But I think they did a feature on him a week or so ago, so they wouldn’t do a cover right after.

DW: Would they do Oliver Stone?

LW: I don’t think so. They might do that thing where the have a director go through and talk about all his movies.

DW: Well, there’s ads for it everywhere out here in L.A.

LW: I saw one on a bus here today in NYC. I’m trying to think of what movies come out this fall that they would promote. When does Spiderman 3 come out?

KS: I’ve always hated her. She’s getting over. She’s a hustler. I don’t appreciate that.

DW: She’s a decent chick at the mall.

KS: On a rainy day at the mall.

LW: She’s a like a hot girl at Six Flags, where after you’ve looked at nasty people all day long she looks amazing in comparison.

KS: Maybe a hot girl at Six Flags but only after she went on the water rides.

LW: I don’t know. EW is getting unpredictable, which is a bad thing. I’ll say Aguilera, I guess. I’m going to look it up now…

KS: Can we get a drumroll?

DW: Oh, if it were the fall preview it would probably be Bond.

LW: Yeah, but that dude’s on the cover of the new Esquire. I saw it yesterday.

LW: For some reason, the EW site is taking forever to load. I think we’ve accidentally started a nationwide craze and everyone in America is trying to look at the EW site on Friday and figure out the new cover.

DW: Next thing you know the cats on BlackPlanet.com are going to be doing the cover of Jet each week.

LW: That’s easy, because it would just be Shemar Moore every week. Can you guys get it to load?

KS: What kind of sh*t is that? I don’t accept that.

LW: The new Bond movie! You called it, DeMarco, but you were too late.

KS: It’s 85 degrees outside! It’s not fall! This is anti-climactic.

LW: Well, I’ll at least buy this one after boycotting last week’s issue.

KS: I don’t trust guys with two first names. I don’t appreciate that.