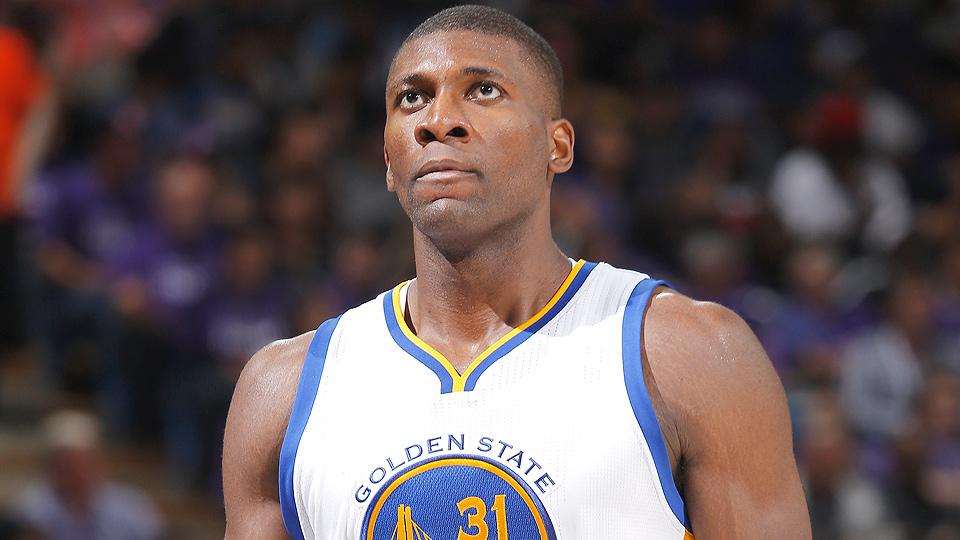 Ezeli, 26, is expected to miss the next six weeks.

Festus Ezeli underwent arthroscopic surgery to clean debris from left knee; is expected to return this season & be re-evaluated in 6 weeks.

Marreese Speights will move into the backup center role, behind Andrew Bogut.

“It’s a big loss. Hopefully, he’ll be back before too long,” Warriors coach Steve Kerr said after practice. “Festus is a huge part of our rotation. He’s really had a good year.”

The Warriors’ depth is one of the club’s biggest weapons, as evidenced Saturday when their reserves outscored their counterparts from the Oklahoma City Thunder 42-17 in a victory that improved Golden State to 46-4.

“Mo is going to step in and play well for us,” Kerr said. “I just feel bad for Festus. It’s a contract year. We’re just keeping our fingers crossed that he’s going to be OK.” […] Ezeli was averaging 7.5 points and 5.9 rebounds in 40 games.