Last year, Grinnell College’s Jack Taylor captured the world’s collective consciousness with his video game-like performance, scoring 138 points in a Division III basketball game. Taylor set an NCAA record, but the record holder for most points in a Division I game is equally as ambiguous. Eclipsing Pete Maravich and Calvin Murphy on that list is US International University’s Kevin Bradshaw, who, in 1991, scored an incredible 72 points versus Loyola Marymount University.

That same year, Bradshaw, a 6-6 shooting guard, led the nation in scoring at 37.6 points a game, yet never heard his name called the night of the NBA Draft. That experience, would only be a fraction of the pain, breaks and challenges he endured on and off the court, consuming him to a point where he almost committed suicide.

Shooting For Home examines a formidable basketball talent, his success halfway across the globe, his hurt, but more importantly the healing that allowed Bradshaw to come back to America, returning home for the first time in 20 years.

During those two decades, Bradshaw was on the move, attending two different colleges, completing a stint in the Navy, and playing on an All-Star squad with David Robinson. Which culminated in a professional career that took him overseas, where he was lauded as one of the best players in Israeli basketball league history. Shooting For Home shared a similar, yet much shorter path, making its rounds on the festival circuit, winning awards, moving audiences and returning to Bradshaw’s hometown of Gainesville, FL, for screenings prior to its digital release on Monday, August 25. Bradshaw and the film’s director and producer Greg Kappy talked to SLAM about the film.

SLAM: How did Shooting For Home come about?

Greg Kappy: Thirty years ago Kevin and I were high school teammates in Gainesville, FL. I hadn’t talked to him in almost 30 years and he literally called me out of the blue three years ago. I’m not really sure why he called me or how he got my phone number. It wasn’t like he was pitching me the idea of making a movie or anything, he just wanted to catch up and told me his amazing story. It just turned out that I had been doing some writing and working in Hollywood doing some different things and it was a story that needed to be told. So I drove to San Diego where he was living from LA, and we spent the whole day together talking about his life and from that point on we were both hooked on the idea of turning this into a documentary.

SLAM: What made you get in contact with Greg after all those years?

Kevin Bradshaw: In 2008 I was looking back on some high school days and there was an alumni page for our high school. I happened to see his face and his contact info, he was the only person I knew or recognized on that alumni page and I thought I would just reach out to see how he was doing. It was just a phone call, but I could hear the hesitation in his voice, ’cause he thought I was dead. But I kind of understood, because the guy that I felt like in 1982 would never been having the conversation right now.

SLAM: You played with Kevin in high school. How good was he?

Greg Kappy: Kevin was amazing. His senior year, another guy named Vernon Maxwell who ended up being an NBA superstar was a junior. So you had Kevin and Vernon on the same team and they were both deeply amazing and there’s a lot of debate about who was the better player. At that time probably Kevin, he averaged almost 30 points a game and there was no three-point line back then, or he might have been averaging 40 or 50.

SLAM: It’s a very personal and emotional story, how do you balance that with being a film that revolves around basketball?

Greg Kappy: When you first set out to make a movie like this, I was thinking we need a load of footage and it’s a sports movie and we need a lot of archival stuff. But what happened was I discovered in the ’80s they didn’t keep any of that stuff, it was a very sort of throwaway time. So we didn’t have a lot of stuff, which scared me at first, but it ended up being a blessing in disguise because it made us really focus on the human story. We didn’t want to just throw a bunch of footage on the screen, that’s not going to move or speak to anybody at all, except maybe super rabid sports fans. Even sports fans want to see characters, they don’t only want to hear about people breaking records, all the technical stuff. They want to know why, or how can I relate to this guy? Everybody wants to experience a movie that just has different themes that they can relate to and not just sports.

SLAM: With all that you hid and dealt with from your childhood, was this documentary therapeutic for you in a sense?

Kevin Bradshaw: I think going home absolutely, ’cause that was the first trip back home. But just to back up a little bit, before I contacted Greg I wasn’t aware of what he was involved in and I had been writing a script. Actually, keeping notes from all of the years and the things I’ve been doing, just for myself – and the writing was therapeutic in itself. But definitely when I got home because by the time I got to that place, mentally, physically, financially I was OK.

SLAM: Then out of nowhere comes David Robinson?

Greg Kappy: David Robinson was a huge influence in Kevin’s life. Kevin ends up going to the Navy because he drops out of college and is sent all the way across the country to San Diego and is immediately getting in trouble. He ends up in the navy ship jail in the bottom of the ship. He’s not playing basketball anymore, he’s feeling sorry for himself and then he bumps into a guy named David Robinson, who is playing on these navy club teams and Kevin was immediately inspired by playing with him. He was one of the biggest influences in Kevin’s life, by helping him to slowly start turning things around.

SLAM: What would you consider the highlight of your basketball career?

Kevin Bradshaw: Ironically enough, the highlight of my career probably came later on while I was playing in Israel, because at that point I was playing purely for the love of the game. Mind you I was making decent money, but I was enjoying it and it was treated as a game, not as life or death. So probably my last six years playing professionally, because I was at a place where I had peace. More so than the 101 points or 72 points I scored.

SLAM: You broke the NCAA single-game scoring record, but received a lot of criticism for it. Was that bittersweet?

Kevin Bradshaw: I think it was, because at that time I wasn’t sure who I was and when all the controversy that happened because of it. I really couldn’t enjoy the 72 points at the time, because I just couldn’t understand the controversy that surrounded me, and how I could be belittled for it. Instead of it being something for me to celebrate, at one point it was something for me to be ashamed of. Which is crazy, but that’s how I felt at the time.

SLAM: Do you have any interesting anecdotes on making this film?

Greg Kappy: We didn’t tell Kevin’s mom he was coming home until literally minutes before he was walking up the stairs. We were in there under false pretenses, that we just wanted to talk to her about Kevin. So when you see that door open, not only is that the first time she and his brother had seen him in 20 years, they didn’t know. They weren’t expecting him home, we didn’t really explain that in the movie. Then she gave me a big hug, and we were all kind of crying, because she was thanking me for bringing him home, not saying that I would take credit for it all. It was a big deal, it was a really special moment for all of us. Again, I’m always touched that his wonderful family would let us share that moment.

SLAM: If you could describe your journey in one word, what would it be?

Kevin Bradshaw: Awesome, because to experience good and bad, you can appreciate the good. I’ve experienced a lot of different things due to sports, and also due to my behaviors early on in my life. I told a good friend of mine a while back, everything was a warm-up for now, because now is like the real game for me. I’m loving life and teaching students at a high school, I get an opportunity to share my story with kids that are similar situations.

Visit the Shooting For Home website, or purchase the movie here. 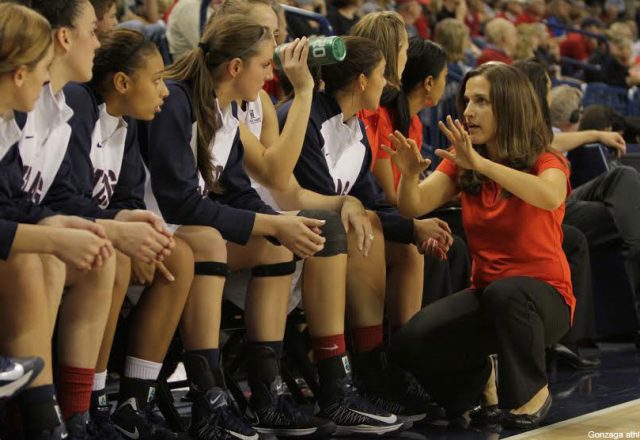