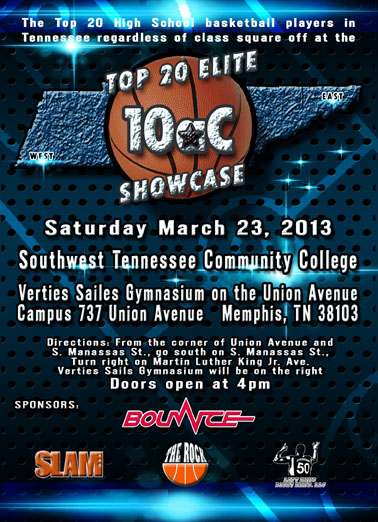 It’s not a stretch to say that from top to bottom, Tennessee has the best high school talent in America. In case you aren’t familiar, the state is loaded with national, high-major prospects; from the Class of 2013 (Austin Nichols, Robert Hubbs, Nick King, Shannon Hale, etc) to 2014 (Leron Black, Marcanvis Hymon, Jalen Lindsey), to 2015 (KJ Lawson, Donte Fitzpatrick), many of the game’s future stars will hail from The Volunteer State.

To celebrate the uncommon collection of such elite-caliber players, Left Hand Right Hand LLC—the same folks who organized the Big Strick Classic—have put together the 1st Annual “10aC Elite Showcase”, featuring the best overall high school talent in the state of Tennessee, regardless of class. The game will be held this Saturday, March 23 at Southwest Tennessee Community College in Memphis, TN.

SLAM will be in Memphis Friday for a workout session and then on Saturday for the showcase, and we’ll have more coverage of the event both here on SLAMonline and in the magazine. If you’re in the area, this is one game you don’t want to miss.

Stay tuned for more coverage. For now, here’s some info about the event, followed by the rosters for both teams, courtesy of our friends at the 10aC Elite Showcase:

Recently, the state of Tennessee was shown disrespect by the national powers that choose the boys basketball high school All-American Games. No players from Tennessee were named to either the McDonald’s or Brand Jordan games. Through the years the state has produced many many greats on the high school level with names like Todd Day, Tony Harris, Vincent Yarbrough, Thaddeus Young, Anfernee “Penny” Hardaway, Brandan Wright, Ron Mercer, Dontae Jones, Joe Jackson, Adonis Thomas, and the list goes on and on… But for whatever reason it seems that the state has never been truly recognized for producing the talent that it does.

How can that be? Tennessee always has some of the best boys high school talent in the country. every year. Could it be that they overlooked the players because they didn’t get enough national press?

Well, we at Left Hand, Right Hand LLC, the people that created The Big Strick Classic, a national boys high school showcase in New York City, want to help Tennessee boys high school players get more national publicity. So, we have created a game, The 10aC Top 20 Elite Showcase. This game will be played in Memphis, TN and will feature some of the best boys high school basketball players in the state of Tennessee regardless of class.

Next, we reached out to Slam Magazine, the number #1 basketball magazine in the world, to help provide national publicity for this game. Also, we contacted the “Rockman“ at Anaconda Sports, which makes the #1 basketball in the world “The Rock“, to provide basketballs. Then we went to a new, hot athletic clothing company, Bounce, to provide the uniforms. We have also invited mixtape guys to come in and cover the event.

The 10aC Top 20 Elite Showcase will take place at Southwest Tennessee Community College’s Verties Sails gymnasium, located at 2572 Park Avenue, Memphis, TN 38103 on Saturday, March 23, 2013. The press is invited to interview the players before the game from 2 pm until 3:30 pm. The doors will be open to the public at 4pm.There will be a 3-point contest before the game and a slam dunk competition following the conclusion of the game. The actual showcase game will be 48 minutes (four 12 minute quarters), with the best high school players in Tennessee stepping up on a national stage.

Also, the press is invited to the pregame workouts, which will be held on Friday, March 22, 2013, from 4:30 pm until 8 pm. It will be held at: Hickory Hill Missionary Baptist Church, 5988 Winchester Road, Memphis, TN 38115. We have to think the people at the church for wanting to give back to today’s youth… Vernon Hymon thank you for this generous gift. During this time the press will be able to conduct interviews, while the players will be working out and scrimmaging. 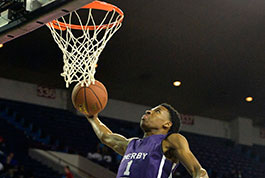 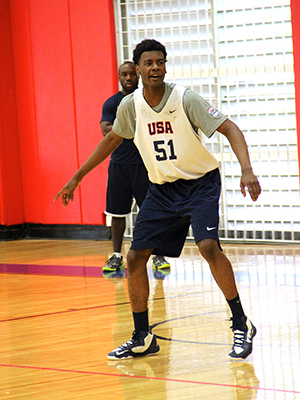 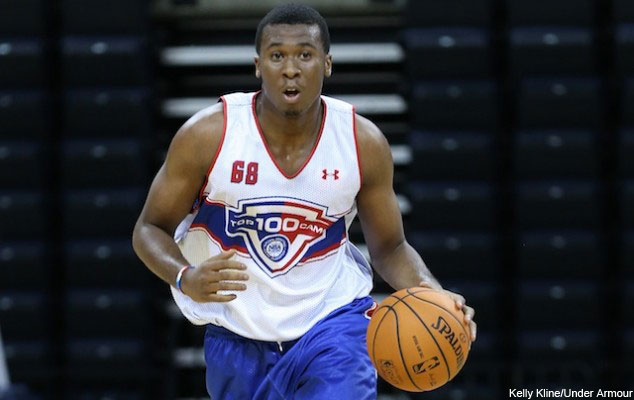 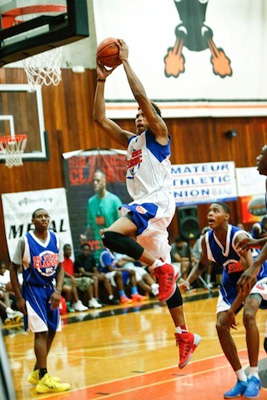 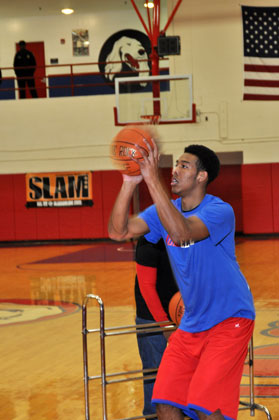