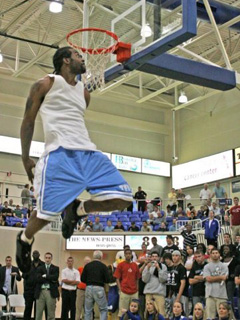 Millions of users from around the world are hooked on the instant gratification of seeing themselves on YouTube, the world’s foremost video website. Team Flight Brothers, a group of nearly two dozen of the best dunkers from around the planet, have built their reputations off constantly uploading videos of their mind-bending dunks for YouTube’s huge audience—forcing an alternative hoops mini-revolution in the process. Eleven thousand subscribers, 700,000 channel views and nearly 13 million video views later, TFB rivals only the NBA in YouTube’s basketball content catalogue.

“Team Flight Brothers are a great YouTube success story,” says YouTube Sports Editor Andrew Bangs. “They started out as a regular user account, started getting lots of views and becoming more popular, we got them into our partnership program and now we promote them on the site. In the YouTube universe—if you will—production values are not king. It’s opposite. It’s about substance and content and those guys just hit on a formula. Their videos are very YouTube friendly. They did it guerilla style, they did it smart and went right for what the kids want: the dunks!”

Some might say that dunking is the most overrated part of the game of basketball. They’ll argue that the two points scored by stuffing the rock through the hoop and hanging on the rim could be tallied with much less energy via a simple lay-up. Others will argue that dunking is the sport’s most exciting play and, no matter what the score is, a good jam is sure to keep the crowd live, inspire the dunker’s teammates and dishearten their opponents. There is also a growing faction of ba

sketball fans who can appreciate dunks for their aesthetic value, degree of difficulty and creativity—irrespective of when the dunk takes place—in or out of game. That is, essentially, the basis of TFB’s appeal.

“I always thought there was a way to get these guys paid for this stuff,” says Team Flight Brothers founder and operator Chuck Millan, himself a dunker of some note. “But I never imagined we’d be getting millions of views on YouTube. It’s brought us a lot of exposure, and as time went on our guys just starting getting paid decently to do dunk shows. Now there’s talk about sending us overseas to tour.”

Millan, who is 5-10, began earning props as a dunker himself at age 16. He later traveled to Taiwan as a member of the Slam Nation dunking crew. He visited and performed in dunk shows in places he’d only dreamed he’d see. When he got back to the States, Millan unofficially formed TFB in 2004 after realizing there was no comparable dunking outfit serving North America. The idea was to gather the best dunkers in the country and commence touring—much like the AND 1 Streetball Tour format, except strictly dunks. And so, on a small level, Team Flight Brothers was born.

Although Millan was living in Lowell, MA when he launched, TFB consisted of less than a handful of dunkers from Millan’s home state of Florida, including Brandon “Werm” Lacue, Robert “Shayboi” Parker and Tim “Flight” Lowe. The first TFB shows took place in the Lowell Boys & Girls Club, as well as local parks and by invitation at small venues in New Hampshire. While crowds were impressed with the seemingly natural ability of TFB’s members, there was little indication that their early performances were the birth of a phenomenon.

Before returning to Florida in 2008, Millan recruited Terrell “TDub” Cournoyea, a slight, Minnesota-based high jumper generously listed at 5-9. Like many of the TFB members, Cournoyea wasn’t a highly touted prep prospect and he didn’t play college ball, but nevertheless he’s a large part of the group’s mystique. His name has flopped around the streetball scene for a while and TFB was the perfect opportunity for him to display his freakishly organic abilities.

“I was just sitting back at home when Chuck hit me up and at first I thought it was a joke,” says Cournoyea, who hasn’t played organized basketball since high school. “I always knew I wanted to be a famous basketball player, but I never really thought I would be this famous just for dunking.”

Once he officially joined the group, Cournoyea became TFB’s hottest asset. He captivated live audiences and YouTube’s viewers by proving that, even at minimal height, he possessed a rocket-launching leaping ability seldom seen by a person of his stature since Spud Webb in the 1986 NBA Dunk Contest. Besides his hardcore hops, Cournoyea’s command of the basketball during his leaps is strong and well thought out. His manipulation of the rock is probably equally as difficult as the actual jumps and over the past few years, people have begun to notice.

Although Millan had been posting TFB videos since 2006, Cournoyea’s clip entitled “5-9 Best Dunker in the World,” was nominated by YouTube for its “Best Sports Video of 2007” during their annual awards voting. The video, which has eclipsed two million views, featured Cournoyea completing a “540 with two hands,” a “360 between the legs” and other difficult dunks that have never been done in the NBA, nor probably anywhere else for that matter. In a matter of hours, the video received tens of thousands of hits and rested atop YouTube’s main page for nearly two days.

As demand for TFB videos on YouTube grew, so did the demand for live performances at halftime shows, dunk contests and other exhibitions, which in itself created a need for the team to expand. In ’08, TFB added two of the world’s most well-known dunkers—Ryan “Special FX” Williams and Taurian “AirUpThere/Mr.720” Fontenette—to an already strong arsenal that is now about 20 deep. They include Brandon Lacue aka “Werm,” Kareem Ward aka “Air Bama,” Justin Darlington aka “JusFly,” Troy McCray aka “Rudeboi/TFly,” Kevin Kemp aka “Golden Child,” Zach Jones aka “Jonsey,” Quintin Slaughter aka “Elevator,” Guy Dupuy aka “Easy Jumper,” Danny Ford aka “4D,” Mike Villa aka “Murda,” Haneef Munir aka “Easy E,” Kyle Rische aka “2Easy,” Raphael Hall aka “Windmill Prince” and Chand Wickran aka “Area51.”

“In the last two years, dunking has really skyrocketed,” says Justin “JusFly” Darlington, a Canadian member of TFB. “I feel that Team Flight Brothers has really had a big impact on that. We push each other and we push anyone else who is trying to dunk to do better. I can’t see anyone comparing to us out here.”

In the last year, TFB’s presence stretched beyond YouTube. At the ’08 AND 1 Mixtape Tour Finals, Kareem “Air Bama” Ward won $25,000 in prize money and a chance to play in the ’09 Tour. Similarly, Ryan “Special FX” Williams won the ’08 Dunkman (Shaq’s signature shoe brand) Dunk Contest to collect a prize of $10,000. Brandon “Werm” Lacue won the Rudy Gay Dunk Contest, while Cournoyea collected Dunk titles at both the Super Bowl Celebrity Hoops contest and the Sprite Slam Dunk Showcase in Atlanta. The list of TFB accomplishments goes on and on, with many of the biggest moments preserved on YouTube.

While the future is not so clearly mapped out, TFB’s mission is still pretty clear. They’ve continued to raise their rep by using YouTube—even releasing a series of vids challenging the NBA to allow one TFB member, Dupuy, into the ’09 NBA Dunk Contest in Phoenix. They’ve signed into a partnership with K1X and will be heading out to Asia this spring to promote both brands via a dunk show tour. While the dunk is nothing new, Team Flight Brothers is changing the way people look at the slam itself.

“You don’t see the things that someone on TFB does every day,” says Ryan “Special FX” Williams, who played college ball at St. John’s and is probably the best true basketball player associated with TFB. “You can’t go to a gym and see a 5-9 guy put the ball between his legs and jump over somebody or a 6-5 guy do a 360, behind-the-back dunk. It’s just stuff that you don’t see every day.” 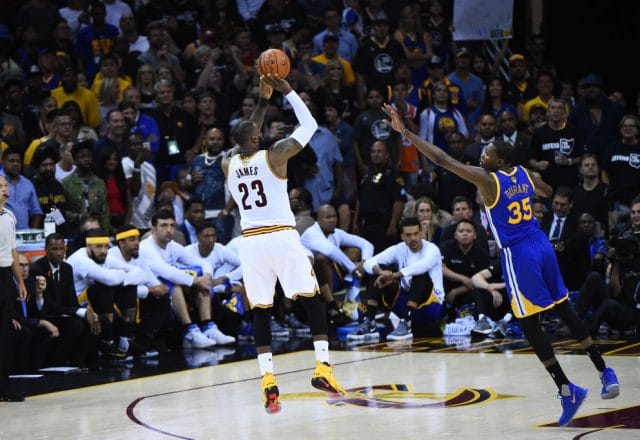 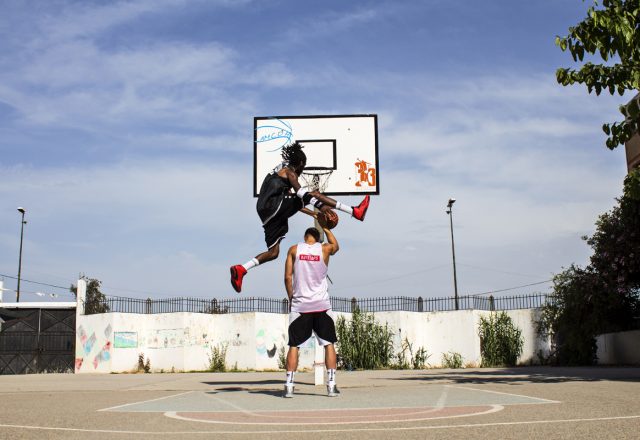 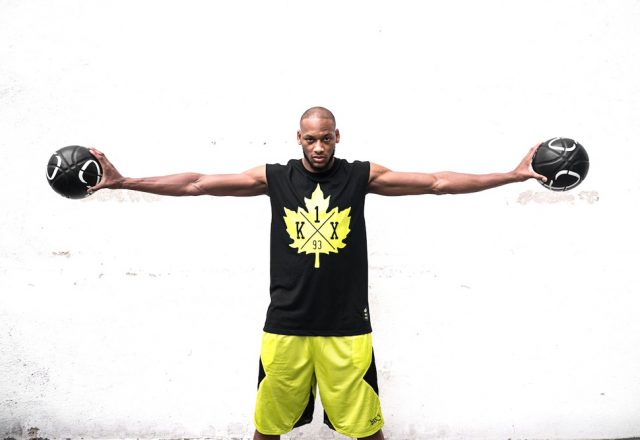 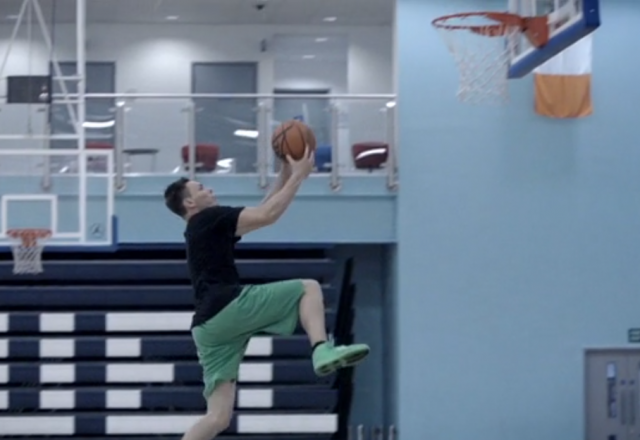 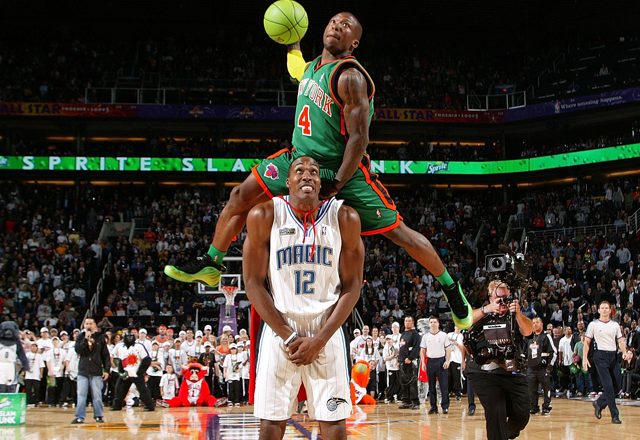