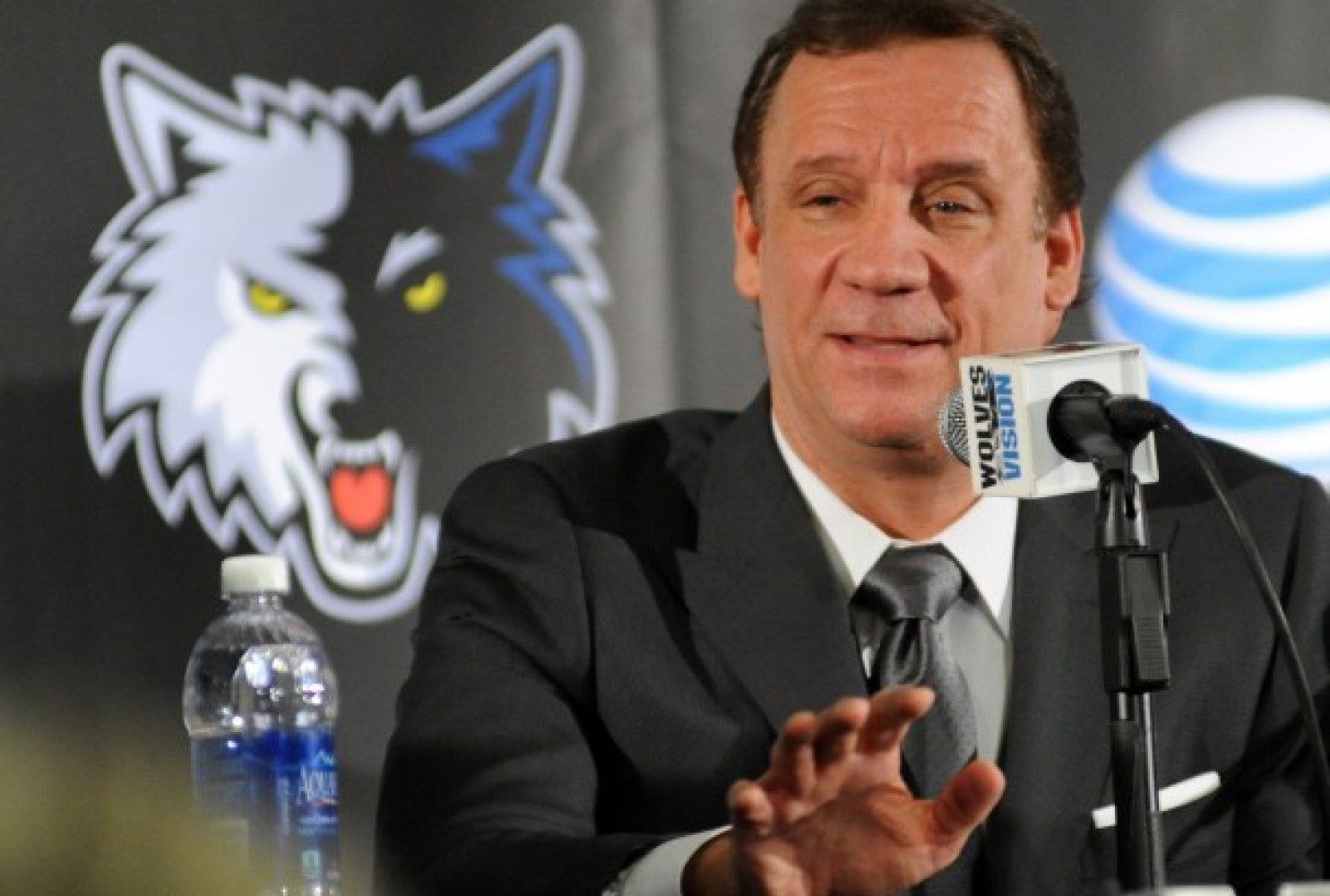 Remarkably, Flip Saunders is one of the most powerful people in the NBA, holding the dual title of team president and head coach in Minnesota. (Flip also owns a small piece of the franchise.)

Saunders, speaking to reporters Monday during team exit interviews, basically said he would be in the job for as long as he damn well pleased.

The Timberwolves compiled the worst record in the L (16-66) this season.

“I’ll coach until I feel we need to move in a different direction,” Saunders said. […] Last summer Saunders had conversations with several coaches, including Michigan State’s Tom Izzo and Dave Joerger of the Memphis Grizzlies before selecting himself to succeed the retired Rick Adelman.

The Wolves entered the season with hopes of emerging as a surprise team in the rugged Western Conference, much the way the Phoenix Suns did the previous year. But injuries in November to Ricky Rubio, Nikola Pekovic and Kevin Martin quickly short-circuited that plan. […] The Wolves shifted course, trading veterans Corey Brewer and Mo Williams to open up more playing time for youngsters Andrew Wiggins, Zach LaVine, Shabazz Muhammad and Gorgui Dieng.

Saunders did not completely rule out hiring a different coach this summer. But as the season wound down he did say that he would like the opportunity to coach a fully healthy team and establish some continuity with an impressionable roster. […] “You have to keep on developing those players,” Saunders said. “When they get to their third and fourth years, usually that’s kind of what they are and they can make huge jumps these first and second years.”