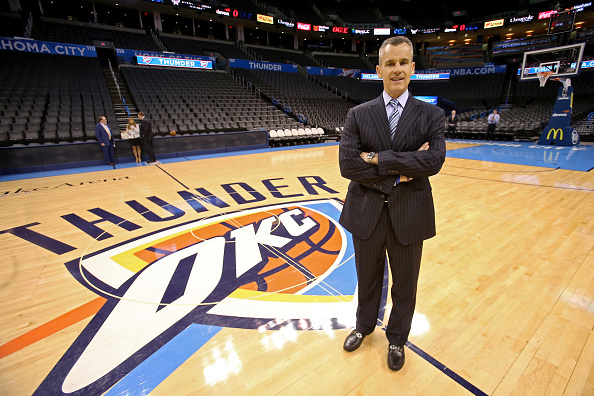 Billy Donovan finally made the move to the NBA last week, as the longtime Florida coach agreed to become the head coach of the Oklahoma City Thunder. While it was a massive loss for Florida fans—Donovan had an insane 467-16 record in Gainesville—they can probably take some solace in knowing that the university was prepared to lose Donovan. According to a report, Florida began collecting information several months back on potential successors for the two-time national championship winning coach.

The Gators have been collecting information on potential successors since at least February, probably even earlier.

Although athletic director Jeremy Foley said Monday he would sit down with his search team later in the day and discuss potential candidates, he made it clear that school officials have been planning for Donovan’s departure for some time.

“We heard some undercurrents that this [was] a possibility, so we began looking at coaches probably several weeks ago,” Foley said.

The Thunder hired Donovan on Thursday, prying him away from Florida after a 19-year college career that included two national championships, four trips to the Final Four and 14 appearances in the NCAA tournament.

Donovan was formally introduced at his new job Friday. He returned to Gainesville over the weekend and, during a news conference Monday, formally and tearfully said goodbye to the football-first program he essentially put on the college basketball map.

Foley choked back tears while talking about his relationship with Donovan, saying “what we really didn’t know 19 years ago was the type of person we were getting. One of the best, you know?”