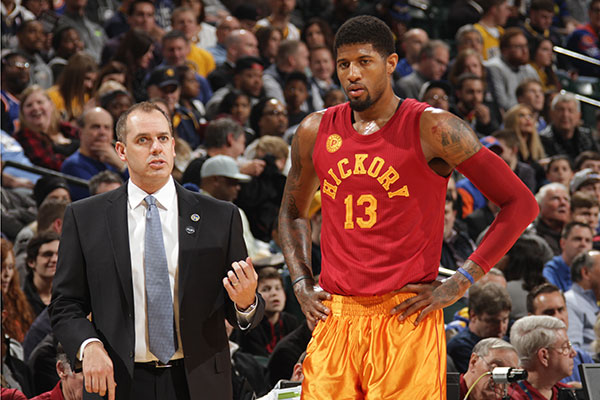 Frank Vogel didn’t stay unemployed for long as he has been hired by the Orlando Magic to be the franchise’s next head coach.

Vogel was not retained by the Indiana Pacers after compiling a 250-181 record over six seasons. The Pacers made the playoffs four times and advanced to the Eastern Conference Finals twice under Vogel.

The Magic job opened after Scott Skiles abruptly resigned after one season with the franchise.

The Orlando Magic have reached a deal in principle with Frank Vogel, the Orlando Sentinel has learned.

Via the Orlando Sentinel:

Vogel, 42, fits the profile Magic officials set for Skiles’ successor: someone who emphasizes the defensive end of the court and someone who relates well to players.

In Vogel’s five full seasons as the Indiana Pacers’ head coach, his teams finished in the top six in field-goal percentage defense every year and in the top 10 in defensive efficiency every year.