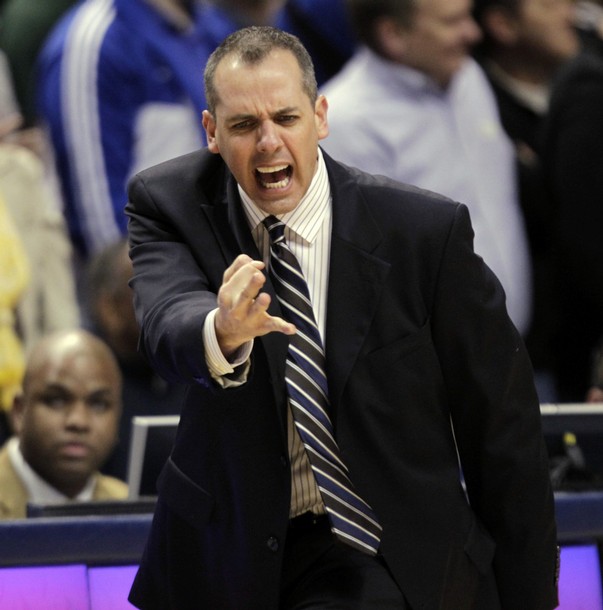 After leading the Indiana Pacers to their first Playoff berth in five years, Frank Vogel has finally been rewarded for his efforts. As of today, he’s no longer the interim coach. Rather, now he’s the permanent head coach.

Vogel, 38, replaced the fired Jim O’Brien on January 30 and helped the Pacers to a 20-18 finish to the National Basketball Association’s regular season and their first playoff appearance since 2006.

Pacers President of Basketball Operations Larry Bird said Vogel, who joined the team as an assistant in 2007 when O’Brien was named the head coach, had been a favorite for the job from the start of the search for a replacement.

“I was in no hurry regarding the coach, mainly because I knew I had a good candidate in Frank,” Bird said in a statement. “But we wanted to get through the draft and I wanted to have numerous conversations with Frank about a staff that will cover all areas.”

“Our team last year finished strong with a positive Playoff showing and it’s something we all can definitely build on,” he said.

Vogel, who signed a three-year deal, will be joined on the sideline by former Los Angeles Lakers assistant Brian Shaw and will need to hire one more assistant before the season resumes.

It was reported that Indiana was also interested in Mike Brown, a former Pacers assistant, before he signed with the Lakers.