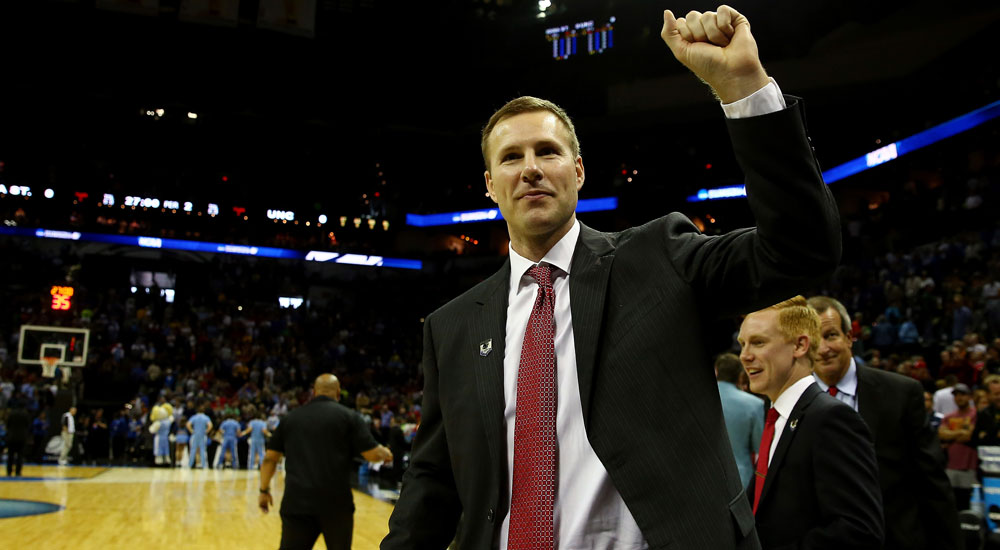 The Chicago Bulls are expected to hire Iowa State coach Fred Hoiberg as the team’s next head coach. After firing head coach Tom Thibodeau on Thursday, the Bulls’ front office has emphasized finding a coach they can get along with.

Hoiberg, who played backup point guard in Chicago for four seasons, has a close relationship with GM Gar Forman and VP of Basketball Operations John Paxson.

During his five seasons at Iowa State, Hoiberg has employed an NBA-style offense that focuses on three-pointers and shots at the rim.

General manager Gar Forman said the Bulls haven’t “put together a formal list or made any contacts” to replace Tom Thibodeau, who was fired Thursday. But make no mistake: The job is Hoiberg’s to lose, according to multiple sources.

An announcement likely would occur before the NBA Finals begin June 4. One person close to Hoiberg expressed confidence he would accept the Bulls’ job if offered. The Ames (Iowa) Tribune reported Thursday that Hoiberg had told a prominent recruit some time ago that he couldn’t ensure he would be coaching Iowa State next season.

One source said a formal interview would serve as a formality given the Bulls’ familiarity with Hoiberg, who played four seasons in Chicago and has maintained close communication with Forman throughout his successful five-season run at his alma mater. Forman served as assistant coach under Tim Floyd for Hoiberg’s senior season in Ames.