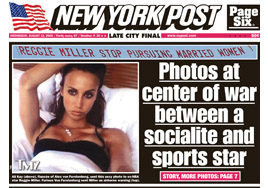 A lot of people, SLAM included, have been calling The Knick Wrecker—also known as Reggie Miller—a home wrecker. Or attempted home wrecker I should say. Miller allegedly stalked some chick named Ali Kay, who is engaged to some big wig fashion heir Alex von Furstenberg, outside a local grocery store and followed her up the Pacific Coast Highway. Whatever the hell that means…LOL. Then, Miller followed up with a 53 text-message onslaught.

But according to reports in the New York Post the last couple of days, von Furstenberg, who paid for a plane to fly over Malibu and Santa Monica, CA., on Saturday, toting a banner that read: “Reggie Miller Stop Pursuing Married Women !” and  filled out a restraining order against Miller, didn’t do these things to protect his wife-to-be and expose Miller as a sex-starved stalker.

He did those things for the same reason most men do crazy, out-of-pocket things in protecting their relationship with a woman. Jealousy.

According to Miller’s lawyer, Marty Singer, fiancée Kay sent provocative photos of herself in the bed, and in a bathing suit to Miller during a three-month phone fling. Singer also blasted the story as absurd, reminding everyone that the couple “isn’t even married.”

Singer says Miller and Kay regularly hit each other up on the Blackberry [the real relationship wrecker]. Miller and Kay exchanged texts for weeks, before he took her name out of his contact list. In May, she asked him to put her back in his jack.

Boy, this added info sounds a lot different than what I’d been hearing at first. You think von Furstenberg wasn’t spazzing on Kay when he found this out?

The private conversations between Kay and von Furstenberg probably went something like this:

von Furstenberg: “So how the hell did that 6-7 mutated super bug get your cell number?”

von Furstenberg: “How did he get that picture of you laying on the bed in that polka-dot thong you wore in Rio?”

Kay [sobbing profusely and rolling on the floor]: “I don’t know. I think I sent out the wrong Christmas cards. Just please keep that monster away from me.”

It’s not surprising both sides have decided to sweep this under the rug and move on. After that conversation, von Furstenberg probably called his lawyer and decided to resolve the matter.

Miller’s position receives a lot of media love in the Post. Man, you’d think a player who broke New York’s heart as many times as Miller, and venomously beefed with a local icon in Spike Lee, would be hated by the NY media.

The stories originally reported by DiaryofaHollywoodStreetKing.com and other news outlets painted a picture of Miller as an over-the-hill stalker with an insatiable sexual appetite, who laid in waiting for the 25-year-old bombshell outside a grocery store. New reports tell a tale of two consenting adults flirting, promoting sexual innuendo via text message and purposely keeping it a secret. True stuff or spin control by the Miller Camp?

There are two sides to every story. Reggie Miller is the celebrity in this story, so he is the one aggressively reported about. He carries the irremovable image of super jock. Miller’s an ex-hoop legend and TNT announcer. He must be trying to bang every dudes’ girl and wife. Right ?

I think people need to be easy. There is no doubt the divorced Miller enjoys his celebrity status and the Hummer-load of fine women it allots him. But it takes two to do the stanky leg. And in high-priced relationship poker, certain women always keep their options open. Any kind of sexually suggestive interaction between a soon-to-be married woman and a another man is shady. Even if it’s just innocent, suggestive and secret texting, to a neighbor staying a couple of doors down. 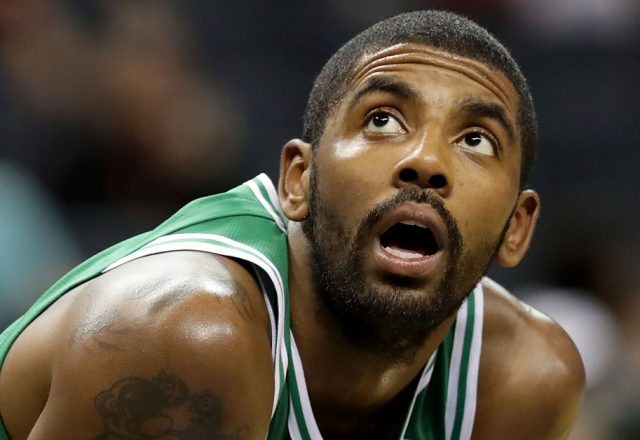 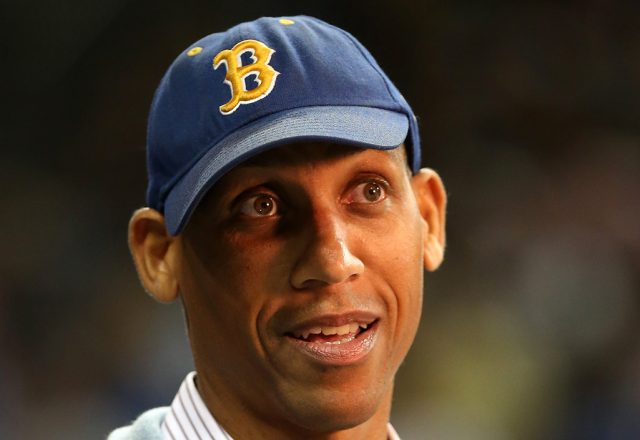 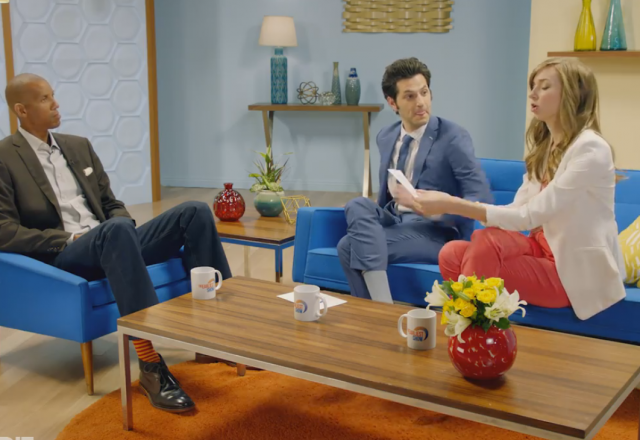 Reggie Miller Shows Off His Improv Skills on ‘The Earliest Show’ 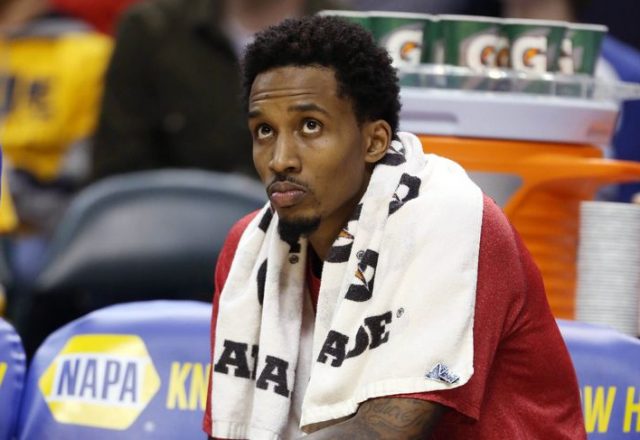 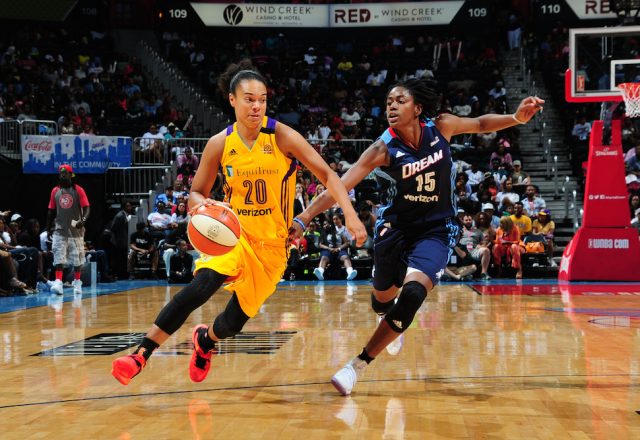 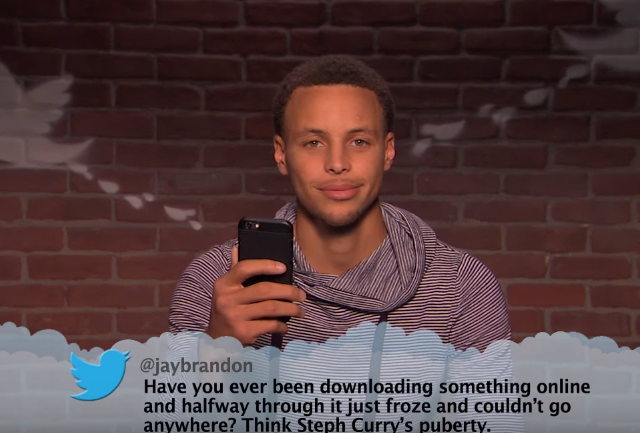