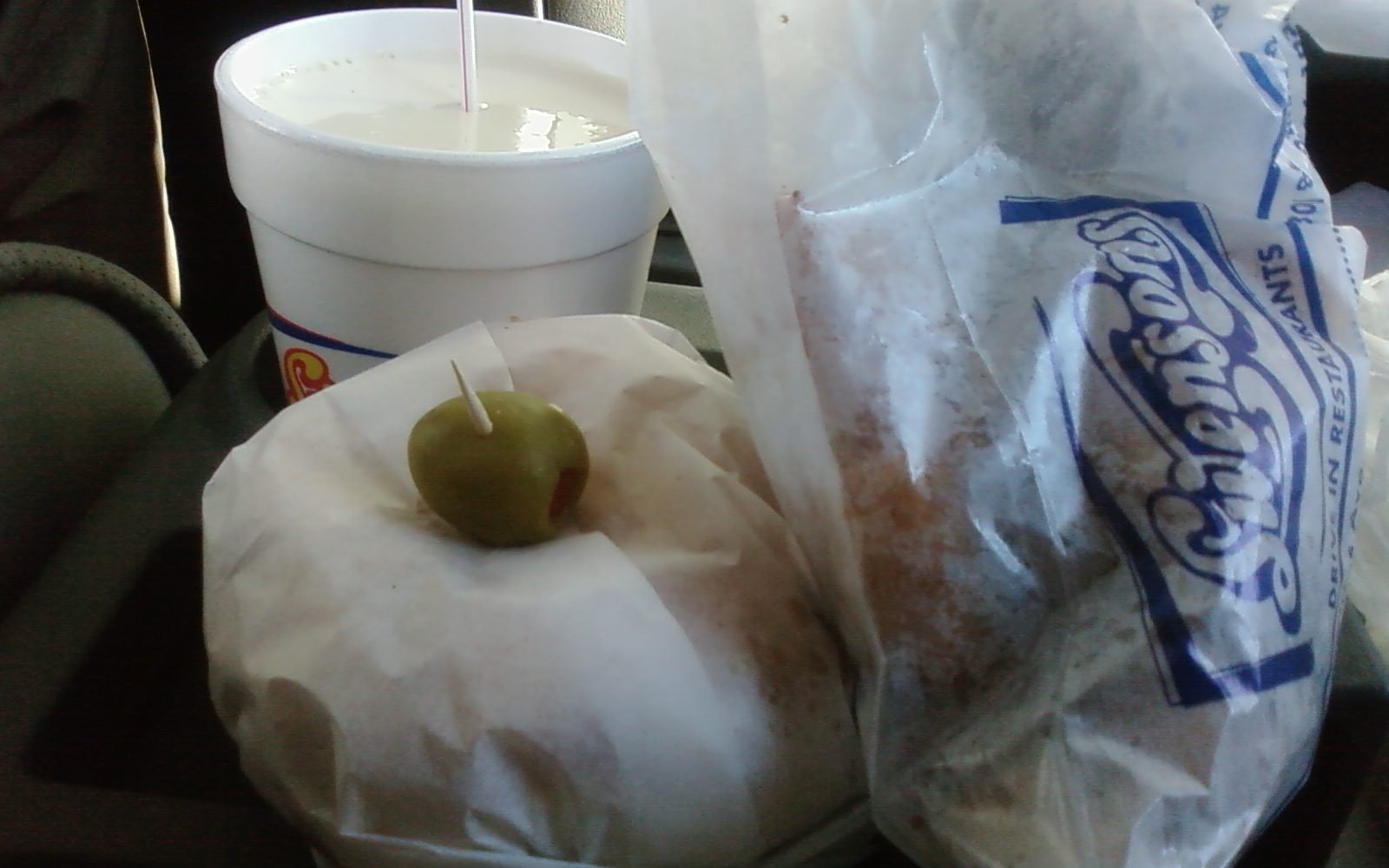 I forgot to grab CDs for the rental car, so my four-hourish drive to Akron and Cleveland is spent flipping through whatever radio signals I can pick up while driving through western Pennsylvania. It’s mostly a lot of bad classic rock and worse country, but I occasionally get lucky. And, since I’m a big believer in omens when they come in the form of random songs I hear on the radio that will fit into the lead of some game notes I’m planning to write, you should know that in a five-minute span somewhere north of Pittsburgh, I hear, on different stations but in this order:

The Pretenders, “My City Was Gone” …Let’s hear it for Akron!

Nas, “If I Ruled The World”

The first two are perfect for obvious reasons, and the third because of the magazine cover you see below.

It’s been a while since I’ve seen Sebastian Telfair, who I had forgotten is now nominally a Cavalier. Just know that I’m the dude who cried at the end of the Through the Fire, and that I have recently mentioned, while sober, that if the Cavs win it all this year and Bassy’s still on the roster, I may in fact get that image tattooed on my back.

I’m looking forward to catching up.

Something else I remember while driving: This will be my first time at a Cavs home game since Russ and I roadtripped to this one: Bron and Melo’s first head-to-head NBA matchup, in which both of them were overshadowed by… Earl Boykins. Nuts.

State College to Cleveland is a mostly straight-ish shot on 80, but I make the slight detour to hit Swenson’s for an early dinner. As my legions of loyal followers know, I like Swenson’s a lot, and I will no sooner spend time in Northeast Ohio and not go to Swenson’s than I will fly to California and not eat at In-n-Out. Appreciate that.

At the gym a little after 5. I am rusty, can barely find my way around the Q, but finally make my way to the floor, where a handful of Cavs and Pistons are shooting around, then to the lockerroom. LeBron is on the floor getting stretched by his personal stretching guy; I am of the opinion that no human in history gets stretched as much as LeBron gets stretched. I imagine he spends roughly nine hours a day getting stretched. It seems to be working.

From his pretzled position in the middle of the room, Bron notices a female media member checking out the Snuggie hanging in Shaq’s locker. LeBron tells her — urges her, actually — to try it on. “Shaq ain’t here,” he says. She does. It does not fit snuggly. Or Snugglie, for that matter.

Later, this song is playing.

The song, in case you missed it, is called “All I Do Is Win.” LeBron raps along word for word, then tells Mo and Delonte and JJ Hickson that “I want to do that for the playoffs.” I look forward to the reader comments on this news.

(For what it’s worth, I later watched this with my 5-year-old son. I asked him what he thought of the video. Here is what he told me: “There are a lot of vehicles in this.” Yes, son. Yes there are.)

Not long after, the lockerroom is cleared out by the announcement that “LeBron isn’t talking pregame.” I pop out but come back in when I see Sebastian walking toward the door. We catch up for a while at his locker, both of us smiling and reminiscing over the good old days when he was a NYC high school phenom and SLAM was repping him with relentless ferocity. We talk about him and LeBron balling at IS8 in Queens the night before we shot them for that cover. It’s corny and nostalgic, but I don’t care. We knew him when. We’re still proud of him. Like a lot of high school kids we’ve covered over the years, he almost feels like one of ours. The fact that he now has two kids, almost the same age as my two children, just makes me feel really, really old.

Game time. Here are some notes.

-No Shaq, Bassy, or Boobie Gibson for the Cavs. No Ben Wallace or Chris Wilcox for Detroit. You probably knew this.

-The Cavs’ PA announcer may in fact be one of the guys in those xtranormal videos Lang likes so much. What a strange voice.

-Those torches they shoot out of the scoreboard during the pregame hype video? I realize this goes without saying, but those things are f*cking hot.

-LeBron with an early chase-down block on Rip. Yawn.

-Gotdamn the Pistons can shoot midrange Js. They’re up 19-10 midway through the first.

-Did I mention the Snuggies? I think I did. Everybody got them tonight, and they’re all putting them on now to break the Guinness World Record and you don’t care.

-One of the paying customers sitting near me is doing that loud gum-popping thing. A lot. I literaly want to kill this person.

-I’ll go back to this real quick, just to ask a question: How do you get a job as a Guinness World Records judge? Do you hand in a resume that just says “I’m a tool and I own a suit”? This is my guess.

-LeBron James has just become the franchise leader in minutes played. To which I say, Mission Accomplished! He’s all yours, Knicks.

-Kwame Brown is in the game. I check the game notes. He is an 8th-year pro. Oh, my god.

-Apologies if you already know this, but the Cavs put Steelers and Michigan logos on the big screen when the other team is shooting FTs, as a means of encouraging their fans to boo. This is simultaneously pretty clever and really annoying.

-Charlie Villaneuva hits a 3, and it’s 42-22. The home fans are booing again and don’t need to see any rival NFL or college football logos to do it.

-Timeout, and some very obviously wealthy people sitting near me are doing the thing that people of all economic classes do at NBA gyms during timeouts: Clamoring like fools for free t-shirts shot out of air cannons. This one woman with probably $10K in gold dangling off her wrists just caught a shirt, and another is now headed her way. She almost KOs the guy next to her going after it. We are a stupid species.

-You know what I like? When LeBron adjusts his little rubber wristbands. And he does that sh*t ALL THE TIME.

-Bron throttles Kwame at one end, but Kwame gets payback at the other, punching a weak Bron shot off the glass. You don’t need soft hands to do that.

-Tayshaun Prince hits a 3, and the Cavs are down by 21 POINTS. The Pistons are shooting 118 percent from the field.

-Here is a conversation that did not happen but should have: “Happy Birthday, coach Mike Brown. For your gift, we are going to play our worst defensive half of the season against one of the worst teams in the League. Sincerely, your players.”

-A couple minutes later, I notice that the Cavs are 2 of 8 from the line. The complete lack of D is killing them, but that isn’t helping.

-Timeout. LeBron is singing the Soul-Glo song on the big screen. These are the times I don’t know how you can hate him.

-Watching the Cleveland offense reminds me of a Beastie Boys lyric. If I may paraphrase: Would someone on the Cavs please drive the lane?

-The Cavs in-house marketing team is giving away Flip video cams like candy. Or, I guess, like cheap video cams.

-Speaking of in-house marketing, here is the video they play at the Q to promote Snuggie Night. Cracked my 5-year-old up.

-Mid third, LeBron has tweaked his ankle. For a second it looks serious, but he’s back on the floor after a timeout. Slightly gimpy but it doesn’t seem to be bothering him.

-A minute later, LeBron finishes a break with a dunk. Guess he’s fine.

-Oooh… Maxiell tries to gank one on Bron. Almost got him, too, but LeBron gets whistled for the foul. Iffy, as the replay confirms.

-Maxiell is 0-for-2 on the ensuing FTs. Are you aware of what ball don’t do, Jason?

-What the hell is going on here? I see a couple people scrambling during a timeout, like they’re trying to get someone’s attention, like something is wrong. Something by the Pistons’ bench. Can’t see much from where I sit, but my guess is that maybe a fan in the front row had a heart attack or something. Finally see the red sole of a high-top lying on the floor, and then see Heather Cox on the press row TV telling me about Rodney Stuckey. This place is real quite for a long time. Scary.

-Back to the game after a 12-minute delay and what appears to be at least moderately good news about Stuckey’s health, LeBron hits back-to-back threes just before the end of the quarter. He’s got 28, and the Cavs are down just two going into the fourth.

-LeBron starts the fourth on the bench, and Antawn Jamison takes over. Seven straight points from the leftover in the Bassy-Z deal (I kid…) and the Cavs up are 75-70. They hadn’t led in the first three quarters.

-I could bore you with the rest of the 4Q play-by-play, but I won’t. Just a few more thoughts…

-A big round of applause when the announcer tells us Stuckey is stable at the hospital.

-The Cavs promoting Williams’ “Mo Gotti” nickname seems harmless enough, I guess, especially when they play The Godfather theme after he hits a big 3. But The Godfather was a movie. John Gotti really killed real people.

-Postgame, some guy asks Mike Brown how much Stuckey leaving hurt the Pistons, since Detroit was “having their way with you” before he left. Stuckey was having a nice game — 8 points and 10 assists in less than three quarters — but Cleveland had outscored Detroit 26-14 in the 14 minutes prior to Stuckey going out. The media are stupid.

Last thing: Driving home, I hear Bon Jovi’s “Wanted Dead or Alive” on the radio THREE TIMES in the space of an hour. This is terrifying. Also, I’m pretty sure it means LeBron is coming to the Nets, but only if they stay in Jersey. Mark it down.