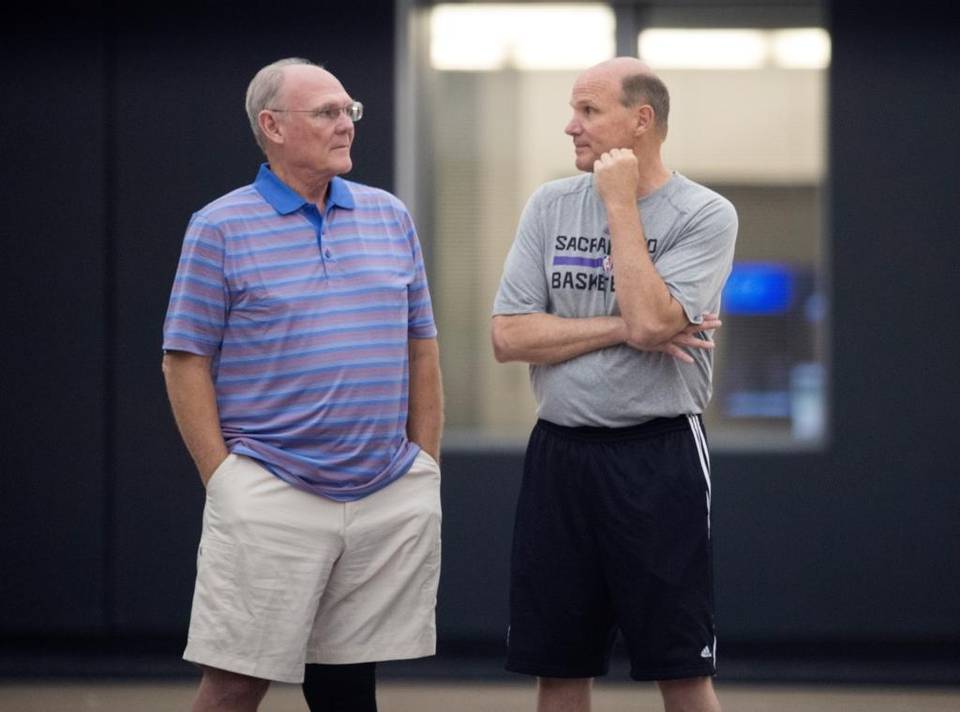 The Sacramento Kings announced Wednesday night that assistant coach Vance Walberg has been relieved of his duties, a move that stunned head coach George Karl.

Karl, himself only hanging to his gig by a thread, says he doesn’t understand why Walberg was let go.

(General manager Vlade) Divac is still looking to make a trade before Thursday’s noon deadline but said firing Walberg was necessary to improve the coaching staff. […] “Obviously (Karl) didn’t like it, but I felt like we had to do something to shake things up,” Divac said.

Wednesday was the first practice after the All-Star break for the Kings, who stumbled in losing eight of 10. Divac said the move allows Karl to hire another coach, possibly one who would focus on defense, where the Kings have struggled most of the season. […] “Vance is a guy who has been intellectually influential in my thoughts on basketball, probably in my top 10,” Karl said. “He’s that good, he’s that talented, he’s brilliant in a lot of ways … there’s no question I’m disappointed and confused.”

“I know it’s going to sound crazy, but the balance in my life, I’m pretty balanced right now,” Karl said. “Were there days I thought I was gone? Probably. It wasn’t all day, it might have been a moment, a comment, a phone call.” […] Karl said blaming assistant coaches for the Kings’ struggles, which include allowing a league-high 109.1 points per game, is wrong. Associate head coach Chad Iske is in charge of the defense.