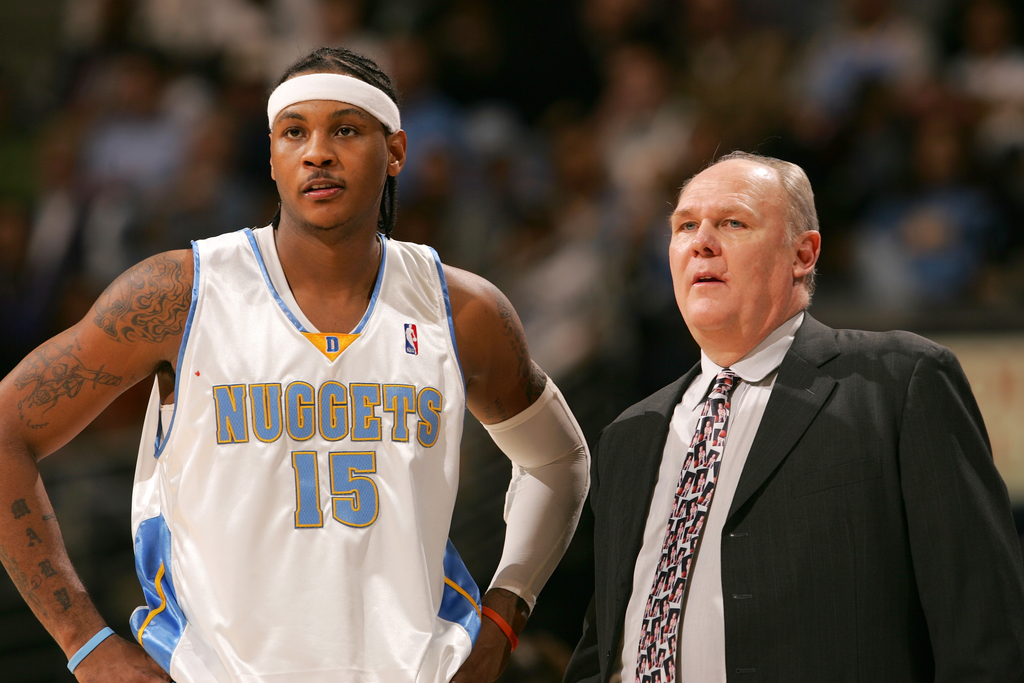 George Karl has a book coming out, and in it, he rips into Carmelo Anthony’s personality and poor defensive play.

Karl claims that Melo is a “user of people” and only cares about scoring.

But it’s not all bad: Karl gives Anthony the nod as the most gifted offensive player he’s ever coached.

Karl also took aim in “Furious George” at former Nuggets, and ex-Knicks, J.R. Smith and Kenyon Martin. He branded the trio of Anthony, Smith and Martin as “AAU babies” — akin to “the spoiled brats you see in junior golf and junior tennis.” […] Karl also referred to Smith’s entourage as “a posse” — a phrase that got Knicks president Phil Jackson in hot water when he used it regarding LeBron James’ managers.

“Carmelo was a true conundrum for me in the six years I had him,” Karl wrote. “He was the best offensive player I ever coached. He was also a user of people, addicted to the spotlight and very unhappy when he had to share it. […] He really lit my fuse with his low demand of himself on defense. He had no commitment to the hard, dirty work of stopping the other guy. My ideal — probably every coach’s ideal — is when your best player is also your leader. But since Carmelo only played hard on one side of the ball, he made it plain he couldn’t lead the Nuggets, even though he said he wanted to. Coaching him meant working around his defense and compensating for his attitude.”

“Kenyon and Carmelo carried two big burdens: all that money and no father to show them how to act like a man,” Karl wrote. […] Karl wrote Anthony “was such a talented kid,’’ he could’ve “become the best defender at his position in the NBA.”