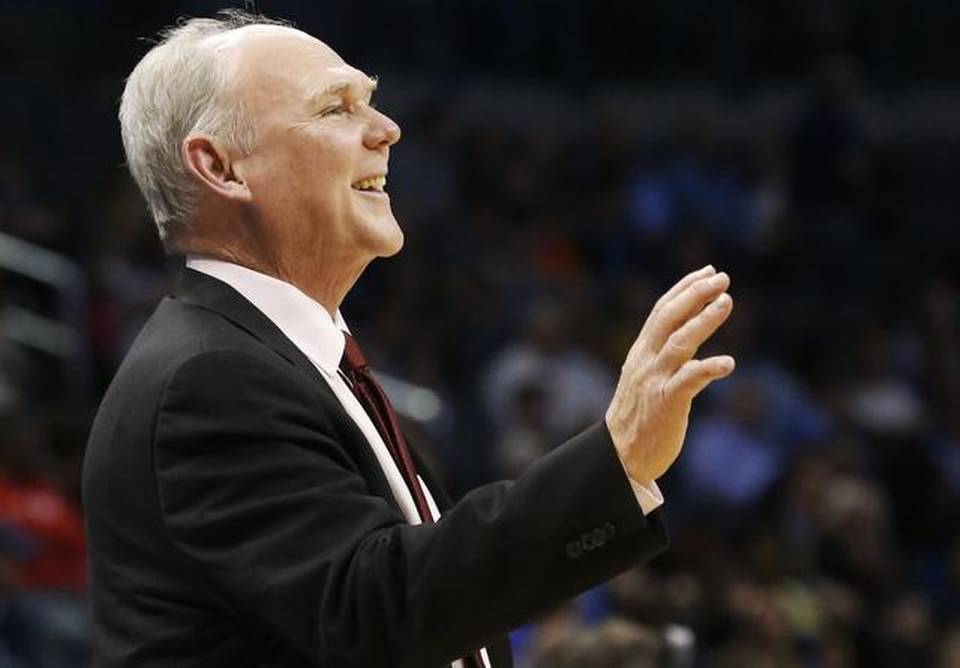 Karl was one of the first names the media brought up as a possible replacement for Malone, and he very much wants the job.

Tyrone Corbin has been named as the interim coach in Sacramento, but there’s no guarantee he’ll hold on to the job this season.

Per the Sac Bee (via Sirius XM NBA Radio):

Karl has been out of the league since being fired after winning the 2012-13 NBA Coach of the Year with Denver.

(Kings GM Pete D’Alessandro) was part of Denver’s front office that season and multiple league sources have identified Karl as a top target of the Kings.

Karl: “It’s always interesting for me when a job opens up and your name is in the mesh. First of all, I understand… I’m humbled. If they are interested in me, I would have interest in them. But there is a process to it. And part of the process right now is I don’t like really talking about it out of respect to Mike Malone. His legs have been cut out from under him and I’ve been that guy before. There should be a mourning period. Instead of stirring up all the gossip there should be a time to respect the coach. And then the process is, I’m sure they have questions that they want answers (to) and if I would have the opportunity to talk to them I would probably have questions would like them to answer. It’s something that, happening in the middle of the year makes it a little more difficult. But there’s no question that I have a hunger to be back in the gym and I have a passion to coach the game of basketball again. I love the gym and I love the NBA and if this would fall into place I would, again, I would be humbled to talk to them and see where it goes.”