Giannis Antetokounmpo Excited to Play Point Guard for the Bucks 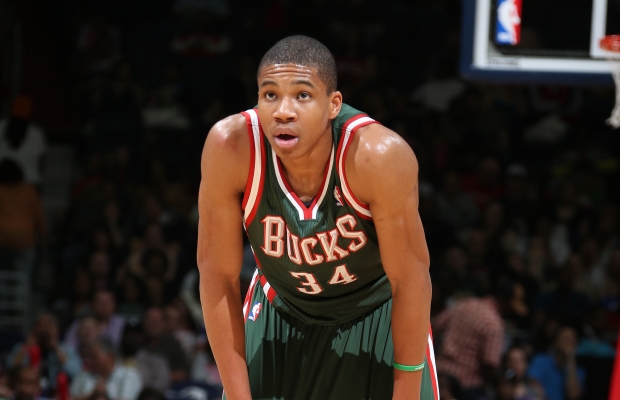 The Greek Freak will receive tutelage from Gary Payton as he adjusts to the new position heading into his second year in the NBA, and feels confident in a smooth transition from small forward to floor general.

Kidd had Antetokounmpo play some point guard during the Las Vegas Summer League, during which he averaged 17 points, 5.8 rebounds, 1.8 assists, a steal and a block.

“Oh man, it’s really important and nice, since they’re some of the best point guards in NBA history,” Antetokounmpo said of Kidd and Payton. “Not only are they great point guards, they’re great basketball players and can help us all basketball wise. Whatever they say, that is what I’m going to do. I’m so happy to have guys like them as I figure out the position and to have them teach me. I’m really excited. I’ve talked with Jason Kidd and he’s a really good coach, but he’s also a really great guy. He treats us really well.”

“I was comfortable playing point guard during Summer League, but the pressure and the [competition] level of Summer League is different,” Antetokounmpo said. “Okay, there are some NBA players, but it’s not the same. For sure, it’s not the same [as the regular season]. So, let’s see. Let’s see how training camp goes. The guys are ready. Brandon Knight, who is one of our point guards, will sometimes give me the ball so that I can be the point guard and he can be more of a scorer. I’ll just see how it goes in training camp, playing point guard, and then during the season see how I do.”