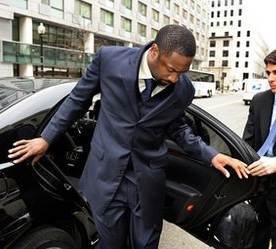 For packin’ heat in the locker room, Gilbert Arenas was…

• suspended indefinitely (50 games in ’09-10).
• threatened with voiding his $80 million contract.
• disallowed from working out in the Wizards’ facility.

• “sentenced to 30 days in a halfway house, 18 months suspended sentence, two years of probation, 400 hours of community service and a $5,000 fine.” (NBC Washington)

The D.C. Examiner reported that Gilbert “didn’t comment but had a quick grin when asked as he entered if he was prepared to go to jail.”

If that wasn’t the quintessential Arenas before his foreboding sentence, nothing is. He can still ball…don’t be foolish. Arenas knows he’ll be playing for someone’s favorite team next year.

And fans will be cheering him on when his worst nightmare is finally over.