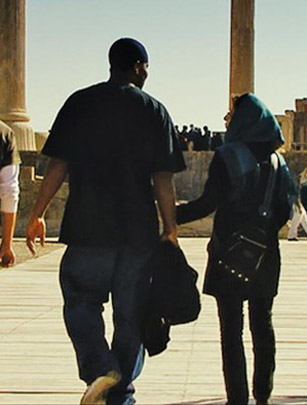 How much money would it take to play professional basketball overseas? What about in the Middle East? Particularly Iran during the political upheaval of the 2009 elections, where social media offered the only aperture to the times (as evidenced by the death of innocent protester Neda Agha-Soltan captured on YouTube)? Kevin Sheppard certainly won’t divulge his asking price—a journeyman in every sense of the word, he has already taken his talents to Spain, Poland, Argentina, Puerto Rico, Venezuela and Israel. However, the U.S. Virgin Islands native had no issue sharing his adventures in Shiraz and the Iranian Super League, in the engaging sport and sociopolitical opus, The Iran Job.

“The money was worth it, but the experience was more valuable than the money,” Sheppard says. “If it was like Iran was depicted on the news, then I would just simply get on another plane and leave. But if I discover something that’s not mentioned across the airwaves or newspapers, then I would be lucky to find out something else that a lot of people on this side of the world have never seen, and that’s exactly what happened.”

If Hoop Dreams is the NBA Finals of basketball documentaries, than The Iran Job is the FIBA World Cup. The film tells the story of Sheppard, a former two-time Atlantic Sun Conference guard at Jacksonville University, who goes to play for Louleh a.s Shiraz in Iran. The Iran Job is just as much sport saga as it is a cultural looking glass. Sheppard is charged to lead a first-year team to a playoff birth, and while Shiraz aren’t the Charlotte Bobcats, they sit at the bottom of the 13-team Super League.

“The biggest challenge was playing basketball,“ Sheppard says. “It didn’t really show the real quality of the Iranian league, because there were so many teams that were better than my team with such great players.” To note, the Iranian national team are two-time FIBA Asia Champions and are ranked 20th in the world ahead of Italy and Canada. Sheppard taught his teammates the expression “Let’s get the W,” which seemed to resonate, as players repeated it with thick Farsi accents throughout the course of the season. “That was my biggest struggle over there, trying to get a young team, a first year team to buy into winning and just believing in themselves.”

Meanwhile off the court, the film highlights the differences between east and west, such as when female fans are barred from attending a Shiraz game. Sheppard’s endearing personality makes for a number of significant encounters, as he befriends three Iranian women who aren’t shy sharing their non-traditional views on politics, gender and religion. Amidst all of this, America elects Barack Obama as president, a major voting controversy in the Iran elections unravels, (imagine the 2004 Bush-Kerry voting scandal on steroids), and subsequent protests spark the birth of the Green Movement.

However, there were equal struggles behind the scenes. The husband and wife team of Till Schauder and Sara Nodjumi produced the film, developed the concept, but didn’t have a player. “For like a year we looked for the character, but couldn’t quite find the person that we wanted to go on the journey with and basically gave up on the project,” Schauder says. Now, the NBA is considering including The Iran Job in their 2012 Basketball Without Borders program in Asia—a combined FIBA & NBA development program for talented basketball players from around the world. Yet before cameras began to roll, the couple planned to shoot with a three-person team using journalist visas. But the visas were denied, making it impossible to bring a crew and shoot with proper equipment. Schauder ended up shooting the entire film with a small camera and whatever he could fit in a small backpack, using his German passport to enter Iran as a tourist.

The name of the film conjures up visions of a heist movie, but Schauder says that’s far from the case. “To me, it made perfect sense ’cause Kevin goes there to do a job. I didn’t want to make another spinach documentary that is good for you but really probably boring, I wanted to make a fun movie that is going to entertain and also hopefully let them know something that they didn’t know before.” Documenting Sheppard’s adaptation from a Western lifestyle to Islamic culture, his gregarious nature definitely allowed people to open up, despite numerous signs and symbols demonstrating distaste for America. Sheppard is the key to keeping the film fun and enjoyable, yet even with his carefree attitude and apolitical nature he definitely gained perspective, particularly in relation to his life in St. Croix. “I’m in Iran and see people fighting for their lives,” he says. “These people are real people with real struggles and it definitely changed me.”

Click here to support The Iran Job’s Kickstarter campaign for distribution to get the film in a theater near you. 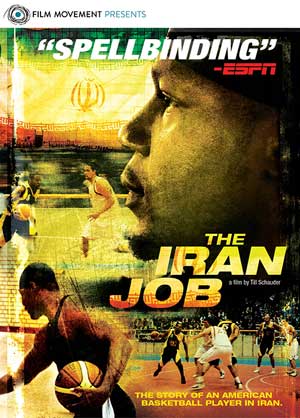