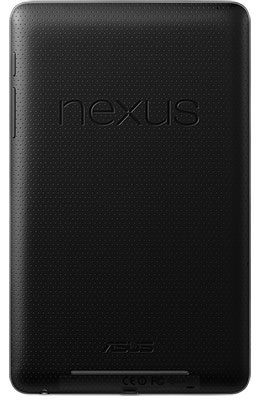 Nobody predicted there being any real competition to the Apple iPad in tablet sales.

But the Google Nexus 7 tablet, powered by Android and made for Google Play, has stepped up to the plate, and is ready to knock the brains of tech heads out of the park. This tablet has all-new technology and is powered by Android 4.1 Jelly Bean—the latest version of the Android nation.

Usually, the first thing I look for in a tablet is comfort in portability and speed. With an incredible 7-inch display, a quad core processor (Tegra 3) and an 8-hour battery, this tab is built to give consumers the best that Google has to offer. The Tegra 3 processor makes everything faster and can run multiple applications and programs at a great speed.

Another spec I look for is clarity. The display on this joint is not only crystal clear—it is also well protected by scratch-resistant corning glass. Text on the screen is very easy to read, watching movies in high definition is a lot more vivid as well as smooth and dynamic gameplay.

What I love most about this processor is its battery-saving efficiency. You don’t have to worry about the power dying down quickly just because you choose to have multiple apps open. The fact that I’m always on the go and traveling, I need to know that being away from a power source is not a downer for this kind of investment (which I may add is only $199 for the 8GB and only $249 for the 16GB). This tablet is designed to go the distance. You get more than nine hours of HD video play, 10 hours of browsing and up to 300 hours of standby time.

Thanks to the widespread variety of Google Play, consumers of all kinds get what they are looking for in the Nexus 7. Everything you want and need is right there at your fingertips. Google Play has over 600,000 applications and games, thousands of television shows, millions of songs and the largest selection of eBooks and magazines.

Organization is always very key for me. All of your Google apps are already pre-installed, including the Chrome Web browser, GMail, YouTube and the all-new and fun Google+. Everything is automatically synced across your tablet, phone and computer, making it easier for you to keep with documents, appointments and anything you have downloaded.

This brings me to my next check-plus for the tablet: the music manager. After importing your library from iTunes into Google Play, your music is instantly ready on your Nexus 7. This means no more syncing or having to worry about backups.

This tablet is something serious. It really gives a new meaning to the phrase “bang for your buck.” Google has been making its presence known in the tech game, but with Nexus 7, it has truly solidified its spot.