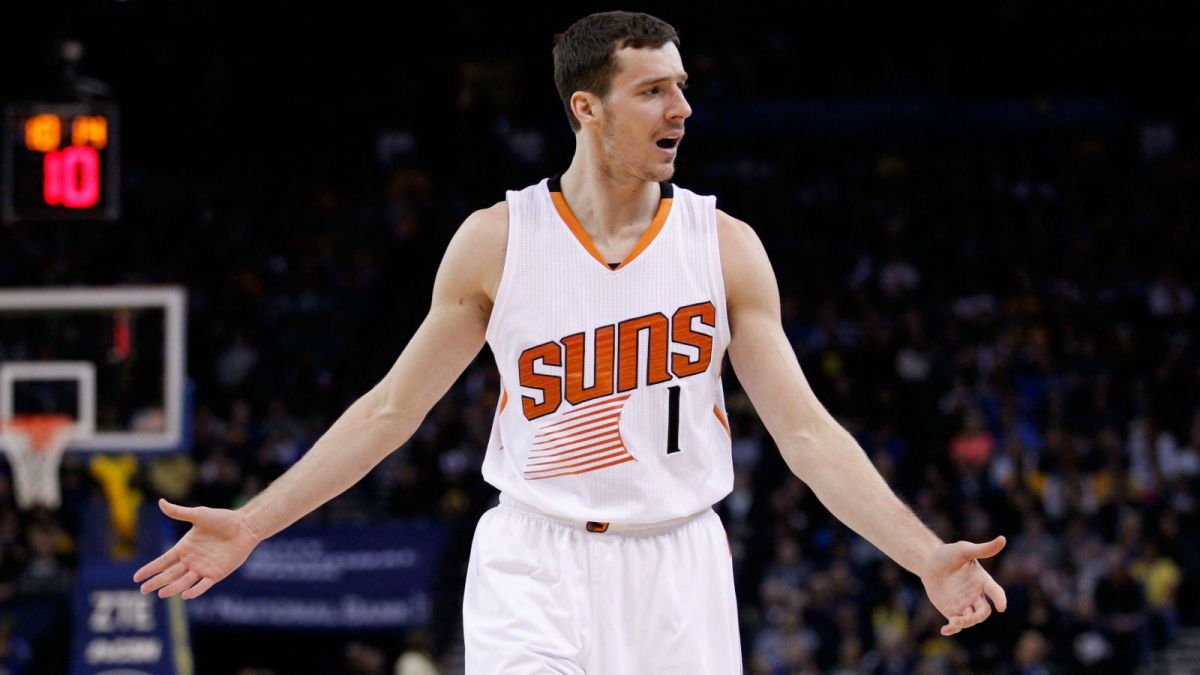 If there was any lingering doubt about Goran Dragic’s desire to get the hell out of Phoenix, the 28-year old guard removed it completely Wednesday.

Dragic told the local press that he’s lost his trust in the Suns’ front-office, and that he’s seeking a change in scenery due to his reduced role on the team this season.

Goran Dragic: "I don't feel comfortable with the situation." He said he wants to leave the Suns because his role changed.

Goran Dragic on the Suns front office: "I don't trust them any more."

Dragic’s reps gave the Suns a list of teams their client would like to join, but they may not get their wish.

Yahoo Sources: Suns much more focused on discussing Dragic deals w/ Celtics, Rockets, Kings, among others, than any teams on guard's list.

Dragic has lost trust in the Suns organization because they have brought in two other point guards, Eric Bledsoe and Isaiah Thomas, and reduced his playmaking role since he returned to Phoenix during free agency in 2012 to be Steve Nash’s heir apparent.

The Suns, who traded Dragic in 2011, traded for Bledsoe in 2013 when he was one of the most-sought trade commodities and created a dual-playmaker backcourt. Dragic thrived when Bledsoe missed half of the season and they ultimately found chemistry for a 48-win season. […] Dragic was content in that set-up but the addition of another starting-quality point guard in Thomas has put Dragic almost exclusively off the ball no matter if Thomas or Bledsoe are paired with him or if the Suns are in a three-point-guard lineup.

As many as eight teams have expressed interest in trading for Dragic, who has expressed his own interest in going to Indiana, Miami, New York or the Los Angeles Lakers. The Suns’ ability to make a deal will not be helped by Dragic’s stance or contract situation. Dragic will opt out of his current deal after this season and be an unrestricted free agent.