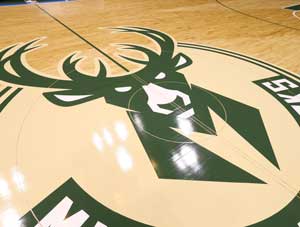 Although the threat to move the Bucks to Seattle or Las Vegas has been put to rest, there are still some loose ends that need tying. More details from the Milwaukee Journal Sentinel:

“There are still details that need to be resolved at the local level in Milwaukee.

The team needs to work out a land sale with Milwaukee County and get approval for the downtown arena from the Milwaukee Common Council. Bucks officials have said that the remaining pieces could be assembled in time for construction to start in the fall.

Walker included $220 million in state borrowing for the arena in the budget he proposed in February.

But his fellow Republicans who control the Legislature took the measure out of the budget and reworked the deal with some input from Democrats.

The revised deal includes $250 million in contributions from the state, city and county of Milwaukee, and a special arena and entertainment district. Building the arena is expected to initially cost $500 million, with half coming from the public and half from the owners and former U.S. Sen. Herb Kohl, the team’s previous owner.”