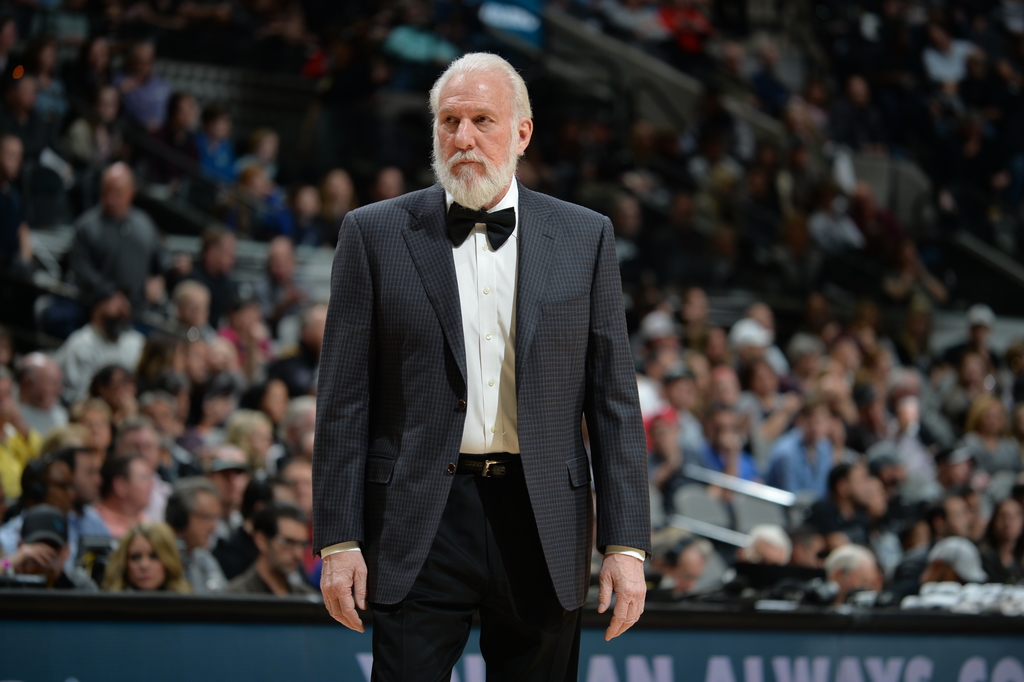 Gregg Popovich was asked for his thoughts on the significance of Black History Month, and the San Antonio Spurs’ head coach spoke passionately about what he considers to be America’s “national sin.”

Pop says American society has a long way to go in terms of racial equality and awareness.

Listen: I asked Gregg Popovich what #blackhistorymonth means to him, and once again, he spoke #Spurs #NBA https://t.co/gH9urn2hYU

Below are his comments in full, via the Express-News:

“It’s remembrance and a bit of a celebration in some ways. It sounds odd because we’re not there yet, but it’s always important to remember what has passed and what is being experienced now by the black population. It’s a celebration of some of the good things that have happened, and a reminder that there’s a lot more work to do. But more than anything, I think if people take the time to think about it, I think it is our national sin.

“It always intrigues me when people come out with, ‘I’m tired of talking about that,’ or ‘Do we have to talk about race again?’ The answer is: You’re damn right we do because it’s always there, and it’s systemic in the sense of when you talk about opportunity. It’s not about, well, if you lace up your shoes and you work hard you can have the American dream. That’s a bunch of hogwash.

“If you were born white, you automatically have a monstrous advantage educationally, economically, culturally and within the society. And all of the systemic road blocks that exist, whether it’s in the judicial sense, or the neighborhood sense with laws, zoning, education. We have huge problems in that regard that are very complicated, but take leadership, time, and real concern to try to solve. It’s a tough one because people don’t really want to face it. It’s in our national discourse.

“We have a president of the United States who spent four or five years disparaging and trying to illegitimize our president, and we know that was a big fake, but [he] still felt for some reason that it had to be done. I can still remember, a paraphrase close to a quote, ‘Investigators were sent to Hawaii and you cannot believe what they found.’ Well, that was a lie. If it’s being discussed and perpetrated at that level, then you have a national problem.”