Gregg Popovich: Championship ‘Not a Priority in My Life’ 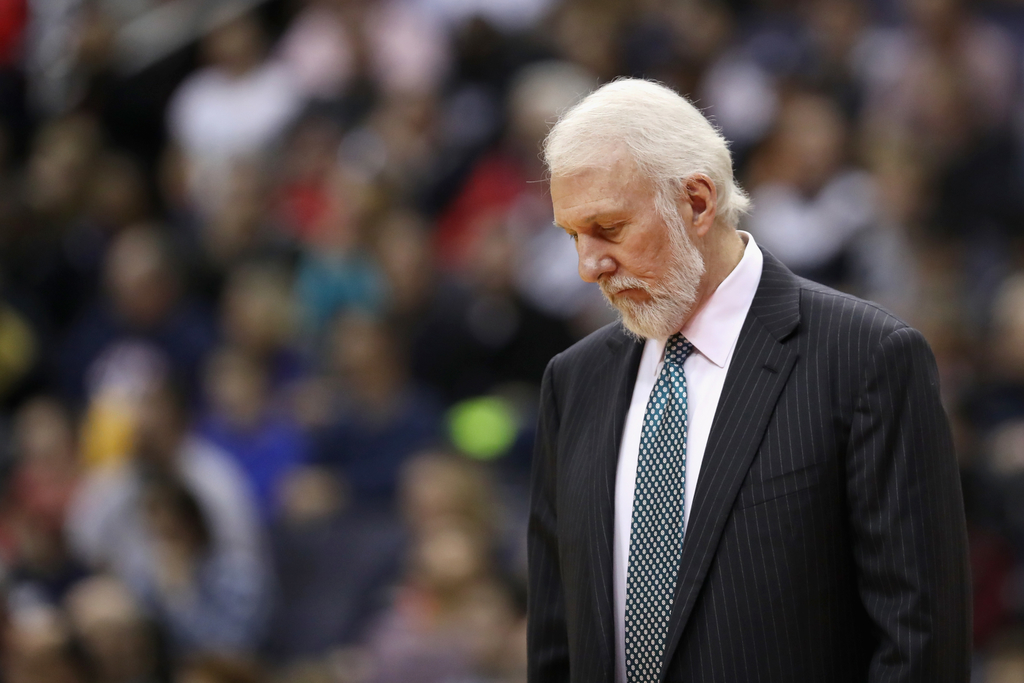 Gregg Popovich is one of the winningest coaches in NBA history, but adding another championship ring to his collection isn’t his main preoccupation.

Pop recently spoke on a panel (moderated by SLAM contributor Dave Zirin) alongside Harvard professor and civil-rights activist Dr. Cornel West, and said his biggest thrill would be if his players somehow improved society.

Coach Pop is as humble, bighearted, and hilarious as you could possibly hope https://t.co/ZlH3rGRtQK

Pop told the crowd that he wanted to host this kind of meeting because, “I wanted to show you, the students at Sam Houston, that there are people in your community who care and we understand that there are things that have to be fixed and we are willing to listen and participate with you in making that happen.”

A student asked, of course, whether the Spurs were going to win a title, and here was one of the emotional high points of the day. Coach Popovich responded:

“Win the championship? I don’t know, but it’s not a priority in my life. I’d be much happier if I knew that my players were going to make society better, who had good families and who took care of the people around them. I’d get more satisfaction out of that than a title. I would love to win another championship, and we’ll work our butts off to try and do that. But we have to want more than success in our jobs. That’s why we’re here. We’re here so you’ll understand that you can overcome obstacles by being prepared and if you educate the hell out of yourself. If you become respectful, disciplined people in this world, you can fight anything. If you join with each other and you believe in yourself and each other, that’s what matters. That’s what we want to relay to you all: that we believe that about you or we wouldn’t be here.”