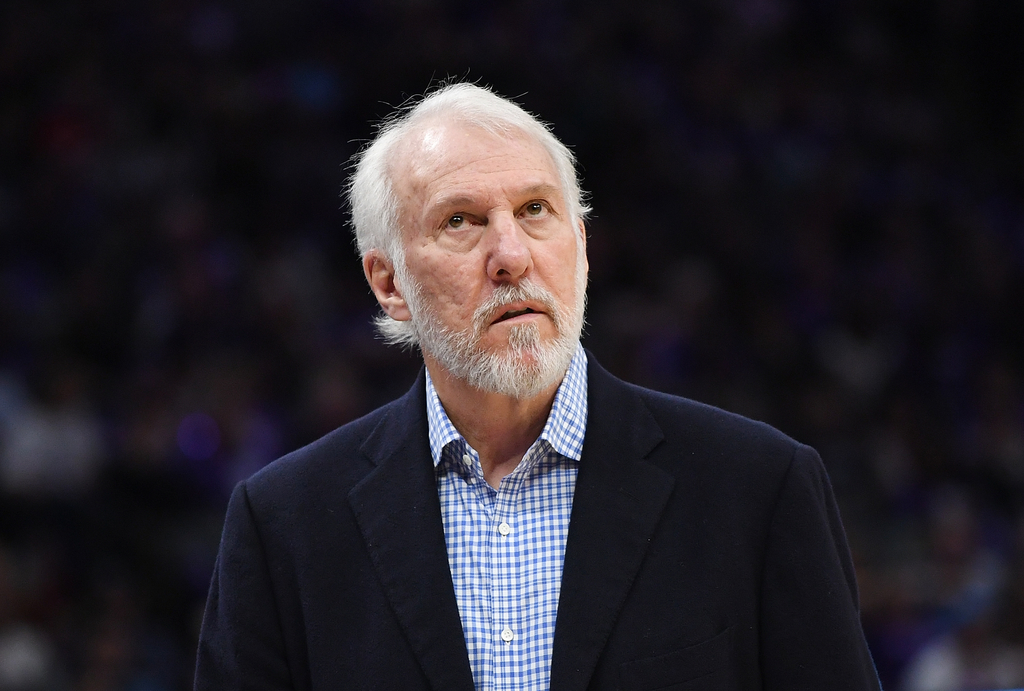 On the eve of the U.S. Presidential election, Gregg Popovich was in no mood to discuss politics, and said he’s casting a ballot for Don Nelson.

The San Antonio Spurs’ head coach, like most Americans, is emotionally spent by this highly-divisive and bewildering election.

Basketball sweethearts: Tim Duncan returned to Spurs Lane on Monday to work out with his old team, prompting a reporter to ask Popovich if he has had much interaction lately with the franchise’s greatest player. […] “Oh sure. We’re like in love,” Popovich said jokingly. “We text all the time.”

Write-in candidate: Popovich, who has been critical of both the Republican and Democratic presidential tickets, was asked if he’s ready for Tuesday’s election. […] “I am,” he said. “Scared to death.”

So who did he cast his ballot for? […] “Don Nelson,” Popovich joked.