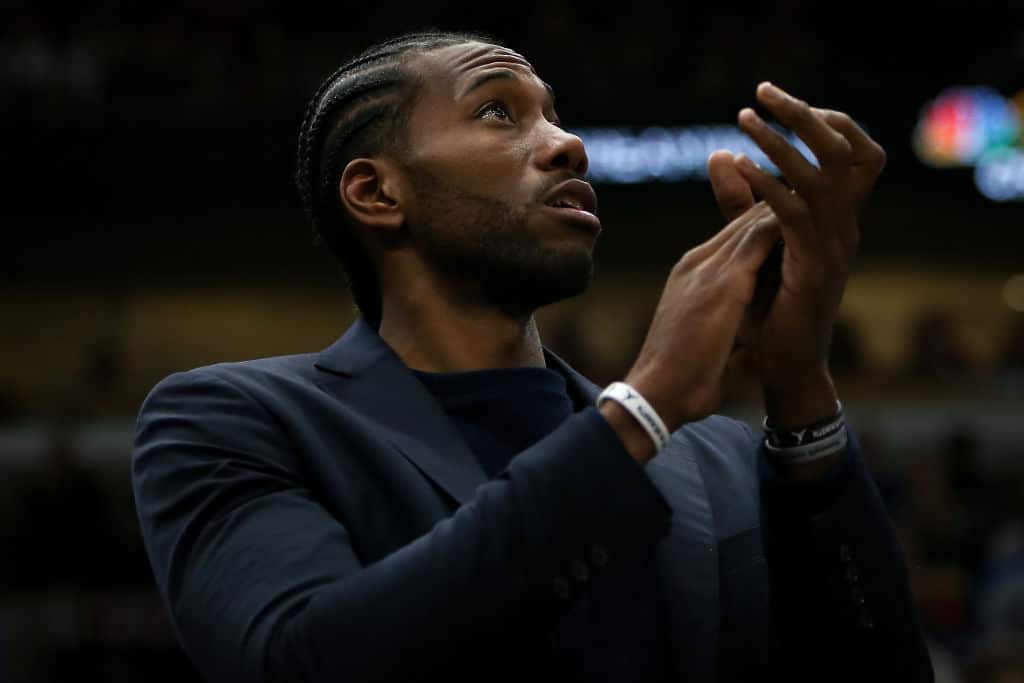 Pop says 35-year-old Tony Parker is recovering from his own injury woes faster than the 26-year-old NBA All-Star.

Leonard is expected to practice with San Antonio’s G League squad before rejoining the Spurs.

“He’s just coming along more slowly, for whatever reason,” Popovich said of Leonard, who missed all of the preseason and the first 10 games of the regular season due to right quadriceps tendinopathy.

“It’s just been more difficult for him to get through the rehab routine. His body hasn’t reacted the same way. Tony is at the point where he has been going five on five and that sort of thing. He’s not totally confident. It will be a few more weeks. But he’s definitely going in the right direction, and so is Kawhi. It’s just been taking a little bit longer.”

Parker is recovering from surgery in May to repair the left quadriceps tendon he tore in the playoffs.