Gregg Popovich: LeBron James is ‘A Brilliant Example for Millions of Kids’ 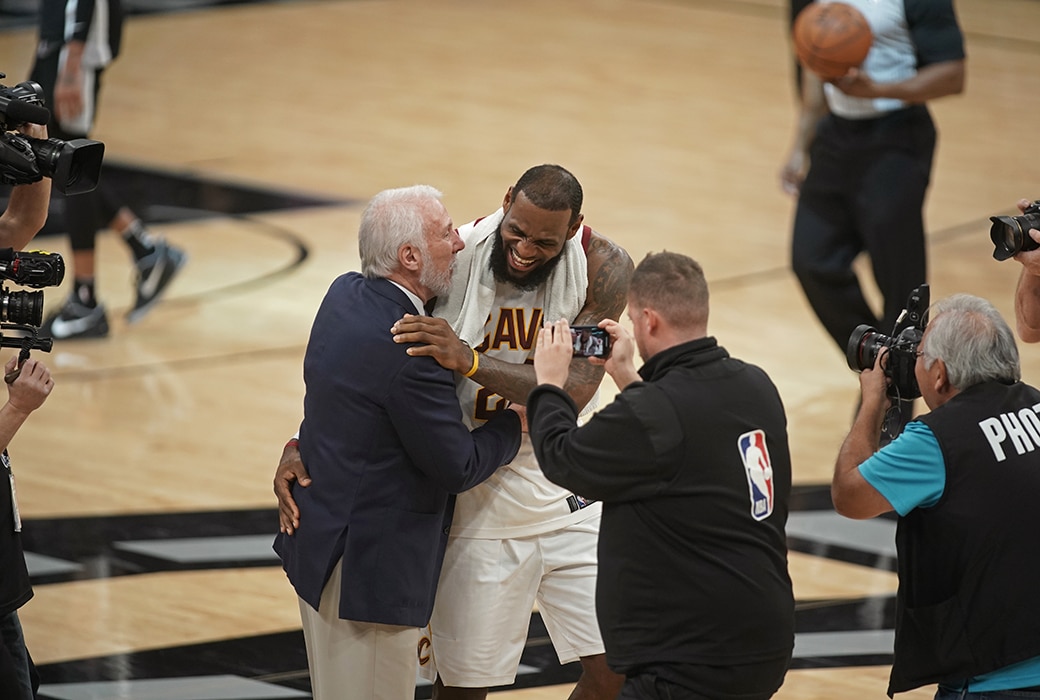 Gregg Popovich just showered praise onto LeBron James for his efforts in using his platform to affect positive social change. Pop, who has gone after President Trump multiple times and consistently speaks on topics outside of basketball, was asked about the Fox News reporter that told LeBron to “shut up and dribble” last week.

Part of Pop’s quote was “He’s been a brilliant example for millions of kids… It’s kind of like the Black Panther movie. LeBron’s been that [superhero] for a long time.”

Pop says that LeBron's social activism has been "a brilliant example for millions of kids." (via @PDcavsinsider) pic.twitter.com/oXWXdyvXAQ