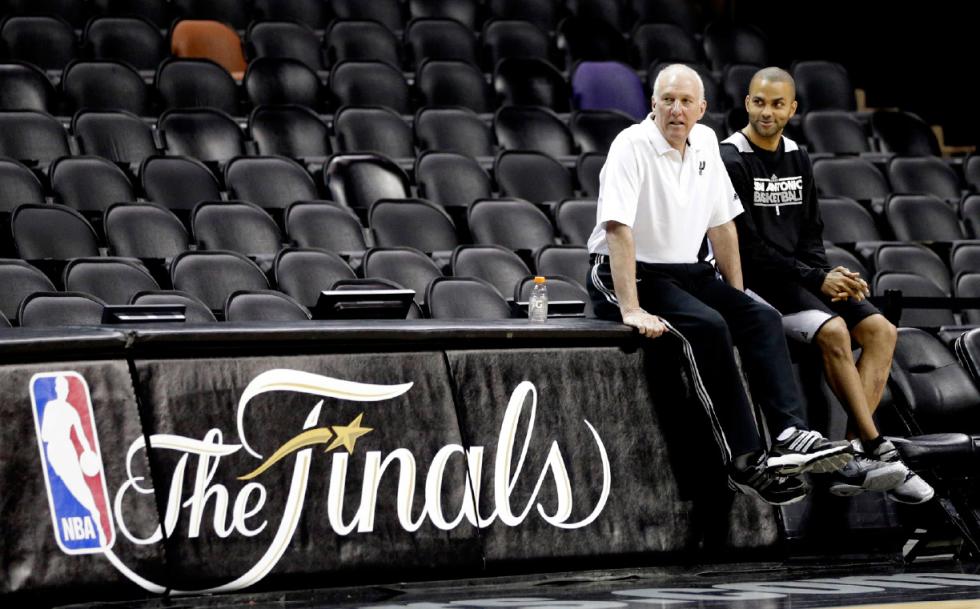 If Tony Parker isn’t back to being Tony Parker by the time the NBA Playoffs roll around, Gregg Popovich says the defending champion San Antonio Spurs are basically screwed.

Pop may be priming young Kawhi Leonard to take over the reins once the Big Three moves on, but he knows that Parker is the engine that makes the Spurs machine run.

San Antonio went 34-19 prior to the All-Star break, this despite the 32-year old Parker missing 14 games due to a bum left hamstring.

“If he’s not the Tony Parker of past years,” Popovich said Wednesday, “we’re not going anywhere.”

The six-time All-Star is averaging 14.5 points and 4.7 assists, his lowest numbers since his rookie season. That’s a big reason the Spurs’ offense has slumped to 12th in the league, in terms of efficiency.

Is 29 games enough time for Parker to turn his season around? […] “I don’t know, but he’s serious about it and that’s good,” Popovich said. “He’s the main part of our game as far as pace and scoring. He makes a lot happen when he’s getting 18, 20, 26 points. There are not many nights when Timmy (Duncan) or Manu (Ginobili) or going to get 26 or 28, but the teams we are playing have a lot of those guys. Tony is our guy and we need that back.”