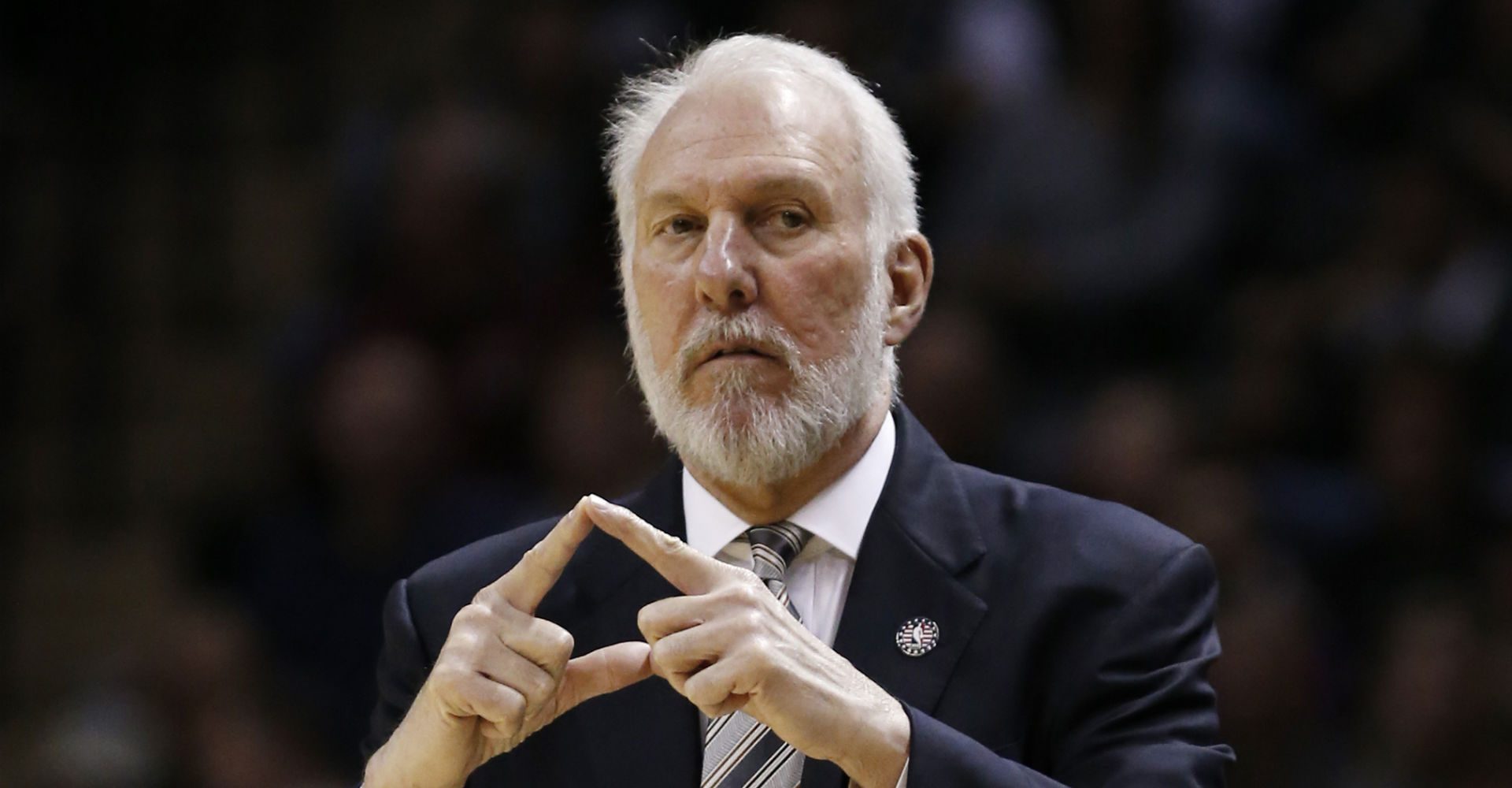 No one but Gregg Popovich was made available to the media for exit interviews Monday—San Antonio Spurs players, we can only assume, were still recovering from their Game 7 loss to the LA Clippers.

Pop spoke for nearly 15 minutes with the local press, and touched on the Spurs’ injuries heading into the postseason, their disappointing NBA title defense, and what the team will look like next year.

The Spurs could return with a dramatically different-looking roster in 2015-16.

You have always maintained no team wins a title unless fully healthy for playoffs. Did you feel your team entered playoffs a little bit behind in that regard? “I almost hesitate to answer that question because it sounds like an excuse but nobody wins a championship every year. Everybody wants to win one. Very few do. The bottom line was it was a real difficult year for us in a lot of ways but injury and schedule coincided to put us behind the eight ball a little bit. We recovered at the end of the year, had to dig down pretty deep to finish as well as we did and I think going into playoffs we certainly weren’t as healthy as we wanted to be in a few different cases. […] During the first round we needed to get some better performances from three or four people, very frankly. But that happens. When you do you win championships. The year we lost to Miami we didn’t have more than maybe two people who had real consistent play and Miami had four or five guys that were really on top of their games. The following year they had a couple and we had four or five guys on top of their games, fully healthy. […] That’s what it takes. But I think our guys gave it a great shot and considering the run they’ve been on, both long-term for decades and the last three years with Conference Finals, Finals, Finals that takes a toll. It’s hard to do and then followed by a pretty difficult year this year I don’t think we were as sharp, mentally and certainly physically, as we have been in the past. Given that I was really proud of them, especially in Game 7, the way they came back and dug down deep. It’s a great group and the run has been wonderful.”

Anything surprise you about the season? “As far as players are concerned I don’t know if it’s quite a surprise but I continue to be amazed by Tim Duncan. He was our most consistent player in the playoffs, at 39. He needed a little more help and I feel badly he didn’t get it. It wasn’t for lack of trying. […] To watch him is pretty spectacular, in itself. Even our players shake their heads at his performance at both ends of the floor. He wants it badly and does it the right way. It’s not about bells and whistles and grunting and dancing and doing commercials and all of that stuff. He just does it quietly and that’s why we feel badly when we don’t get it done for him.”

Do you see a scenario where he returns? “We haven’t talked yet about that. We’ve got a pretty good number of free agents so with R.C. and the coaches and the group we’ve talked about what we want to do going forward with the makeup of the team but the team will probably look considerably different than it looks this year because we have so many free agents and we want to re-tool a little bit. […] We want to try to start — not exactly over again — but these last four seasons have been a grind and we put the team together with that in mind, that this year we’d have all the free agents so we can decide what we want to do moving forward, as far as the makeup of the team. So we’ll spend a lot of time on that but as far as if guys are retiring or not we haven’t touched that.”