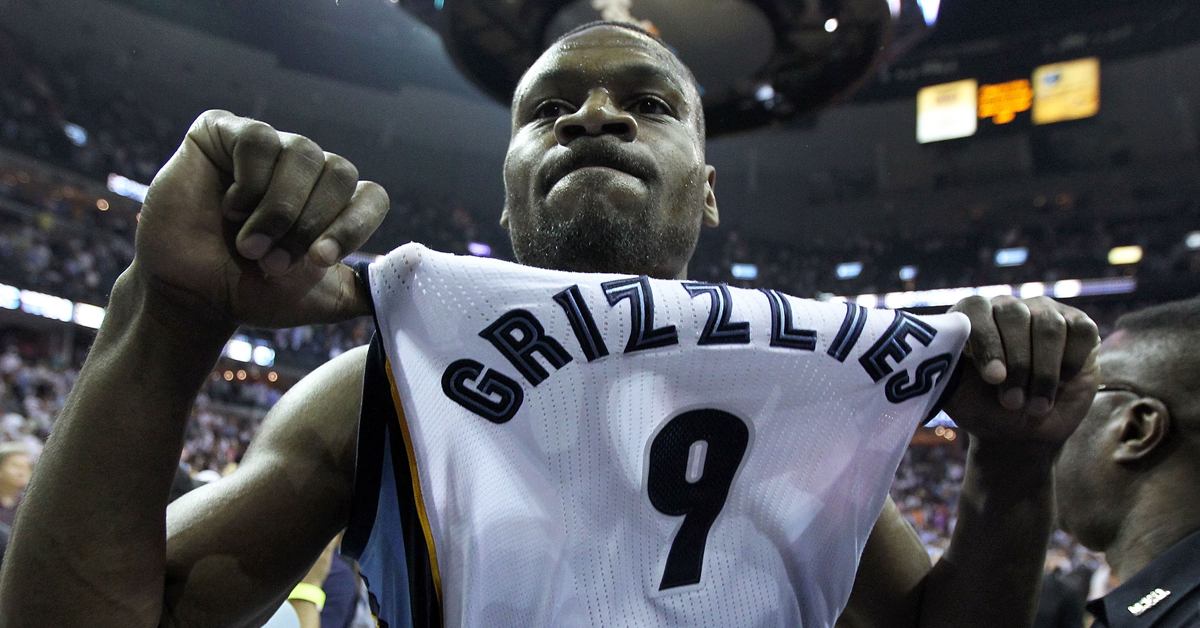 The Grizzlies announced on Thursday that Tony Allen will join Zach Randolph in having his jersey retired in Memphis.

Allen, whose toughness epitomized the Grit-N-Grind Grizzlies, got emotional with when he found out that his No. 9 jersey will be hanging from the rafters of FedExForum.

.@aa000G9’s emotional reaction to having his jersey retired in Memphis. pic.twitter.com/skSGoPaFLn

“That’s the thing. I never really was doing that for no notoriety. I never was trying to be in your paper, your latest magazine. I was doing it just playing hard, playing the right way, trying to win.”

“I never cared about the fanciness and the All-Star games. All I wanted to be known for was being one of the greatest defenders to ever play the game.

“And I just thank Memphis for allowing me the opportunity to be able to play. And that’s that.”