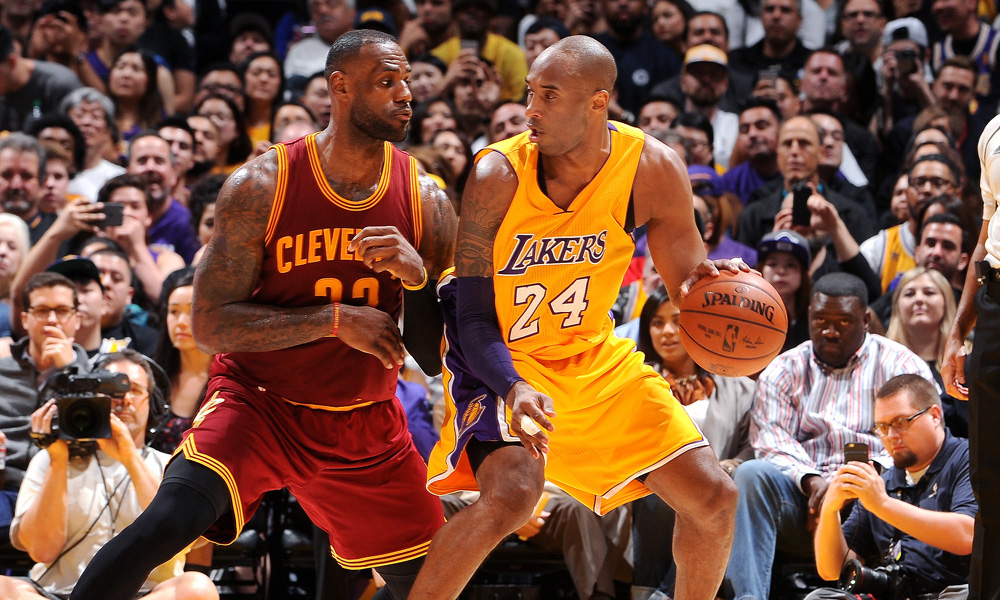 Hall of Famer Hakeem Olajuwon has tutored a number of All-Star players since retiring from the NBA, helping the likes of LeBron James and Dwight Howard with their post moves.

But according to The Dream, Kobe Bryant is the one who put the lessons he learned to the best use.

The legendary center also gave his two cents on today’s game and style of play.

“I’ve worked with a lot of players, but the one who really capitalized on it the most is Kobe Bryant,” the Basketball Hall of Famer said of the 6-6 retiring Lakers legend. “When I watch him play, he’ll go down in the post comfortably, naturally, and he’ll execute it perfectly.”

Do you see any players in the NBA who remind you of yourself, given how differently the game is played?
Olajuwon: “Well, I think Anthony Davis might be like me, with his size and ability to put it on the floor. But he’s not as active in the post as the way he should be. I guess in time, he can use the post more. The way I see the game is, I wanted to be a complete player. […] So as I’m playing against someone like Shaq (O’Neal) or Patrick (Ewing) or David (Robinson), I wanted to go outside and bring them out and cross them over. I didn’t want them to play their own post game — that’s their strength. But when you’re smaller than me, I’ll go inside. If you’re bigger, I’ll go inside. […] To go outside, you have to be able to put it on the floor, you have to be able to shoot the jumper off the pick-and-roll. So what I see with Anthony Davis playing the position of center, this is the type of basketball I liked to play: free-flowing, open court, you can play small or you can post up. Just play basketball.”

Well, we all know you could definitely dribble and hang out there. So I’m wondering, if you were coming up in this era, would you be shooting 3s? Would you be taking those pick-and-pop jump shots that big men thrive on now?
Olajuwon: “I wouldn’t shoot 3s because, for me, 3s were a low-percentage shot. Now, when I was playing, they didn’t want us to be taking jump shots because, if you took jump shots as a big man, they considered you soft. You should be in a paint. Inside the paint was for tough guys and big guys to mix it up. When you shoot jump shots, it’s not physical. You were settling. That’s the mentality. You can always settle. So for me to shoot 3s, I wouldn’t be helping my team. I would rather be inside or even mid-range.”