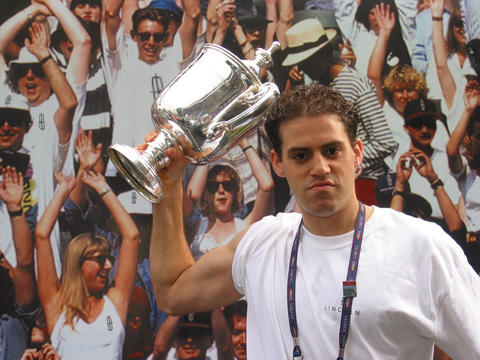 Today is blogday. Why, you might ask? Because the number 3108 kind of looks like the word blog, and 31/08 is how they write the date August 31st in some parts of the world.

Celticsblog got the ball rolling with an email, and I’ve already seen it spread to Sactown Royalty and Hoopsaddict.

As I mentioned the other day, and have been doing, one of my goals in this space is to give light to those blogs that might not be read by a big audience otherwise. You could say that for me, every day is blogday. Yeah!

I don’t really have a set rotation of blogs I go through on non-NBA topics. At least not the smaller ones outside of what I usually talk about, that are the whole point of blogday. There’s almost nothing going on right now in the NBA. The Rockets are thinking about adding Casey Jacobsen and that is grabbing headlines, so you know it’s that time of year. But like I always say, no matter how small your NBA blog is, send me the link. There are so many more baseball and even football blogs there are out there compared to NBA ones. I think there might be more New York Mets blogs than every NBA team combined blogs. Trust me, I know. We’ve got to do something to change that, or at least make it less of a blowout. So, on this happy blogday, I say we try to do better in the future.

By the way, Lang wrote in The Links about how he went to the U.S. Open yesterday. Yeah, that’s cool and all but has he ever won the US. Open? I have. Here’s a photo.

As you can see, I was making SLAM faces before I ever worked here, even though the photomarketing company I was working for at the time had us going as corporate as we could. Nice hair gel, pretty boy.