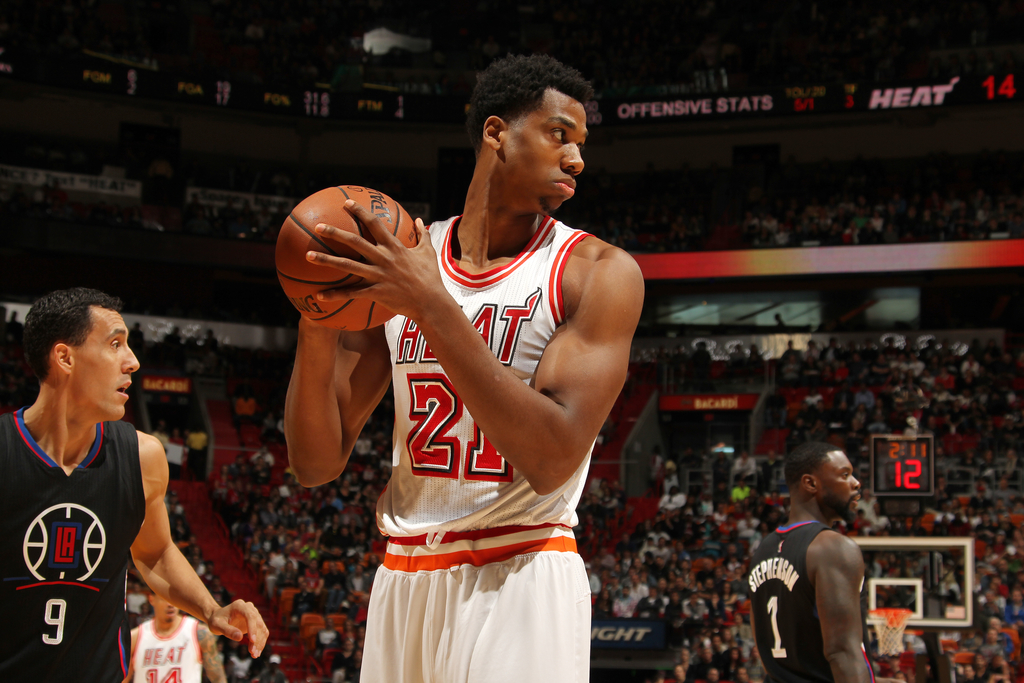 The LA Clippers are in South Beach to take on the Miami Heat, and Hassan Whiteside has less-than-complimentary thoughts on DeAndre Jordan.

Whiteside says that all Jordan does offensively, is catch alley-oops from Chris Paul.

The 27-year-old argues that his game is much more well-rounded.

Stop trying to look for a story @deandrejordan6 my guy he one of the top center in the league top 3 rebounders and really good on defenses https://t.co/lqznfaa9fA

“No,” Whiteside said Thursday when asked about Jordan and whether their games are similar. “He catches lobs. I shoot jumpers, catch lobs, block shots. I do a lot. He just catches lobs.”

Despite the relatively late start to finding his niché, Whiteside has better numbers than Jordan this season in a few key areas, averaging 17.6 points, 14.7 rebounds and 2.3 blocks. Jordan is averaging 11.7 points, 12.6 rebounds and 1.8 blocks.

He notices Jordan’s game, and he couldn’t resist taking one more subtle jab at his Friday night counterpart. [….] “[Jordan’s] got CP3 as a point guard — a great North Carolina point guard, I’d like to add,” Whiteside said.