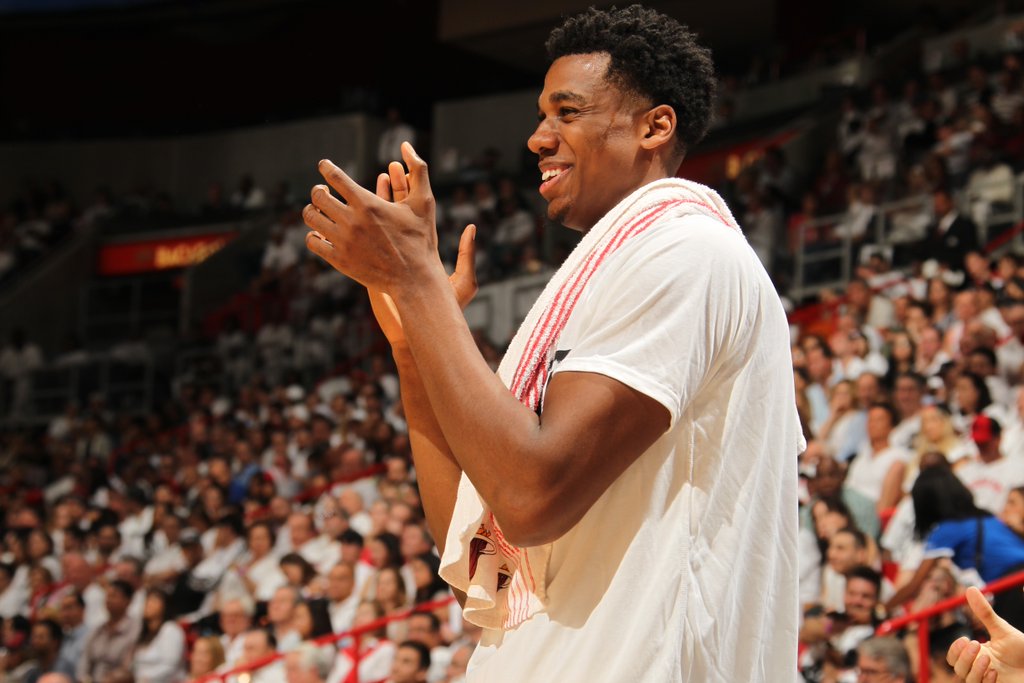 Kawhi Leonard ran away with his second consecutive Defensive Player of the Year award, and MiamI Heat big man Hassan Whiteside could not hide his disappointment with how the voting broke down.

Asked if he's disappointed about DPOY, Hassan Whiteside says, "We're in the playoffs, we're the 3-seed and we're up 1-0."

Whiteside's up for Most Improved, too– “I won’t win that. I won’t win nothing. I’ll probably never win any of that. I don’t win awards.”

Wade was asked if he'd prefer players vote on awards instead of media. Maybe, but points out last yr's NBPA MVP went to James Harden, so…

(Draymond Green, who finished second, took it in stride but his teammates claimed he was snubbed.)

There wasn’t a shred of positivity from Whiteside about that, not after setting the award as his goal for the season and leading the league in blocked shots by a giant margin. […] “Nothing to talk about,” he said. “I came out there and I put up stats y’all ain’t seen in a decade. Ain’t nothing to talk about. Man, I expected to get overlooked. My whole life I’ve been overlooked. I’m used to it.”

So there was no satisfaction whatsoever in at least being in the conversation for Defensive Player of the Year? […] “I guess I’m thankful,” he said. “I’m happy I’m there, I guess. I don’t know. I’m not really.”

In his first full NBA season, Whiteside blocked an NBA-best 269 shots for the highest single-season total in eight years. His 3.7 per game was the highest average since Theo Ratliff in 2000-01. He had three games of double-digit blocks. […] “I never get any credit for anything I do,” he said. “It is what it is, bro. You put up historic numbers in blocks—What would you do?”