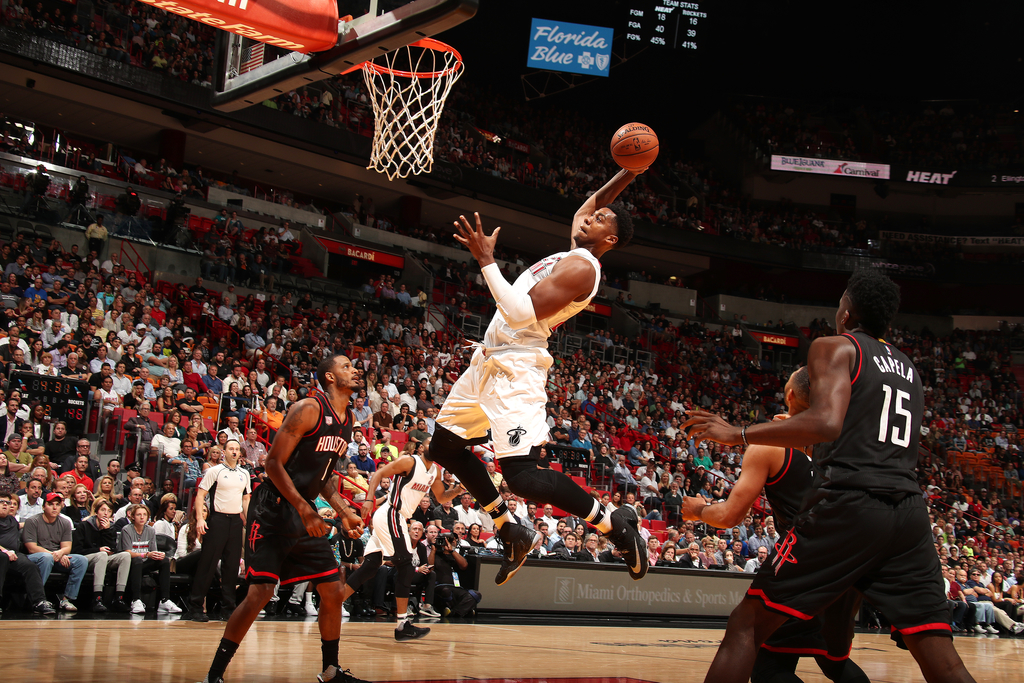 Whiteside says that if voters went just by the numbers, his selection to play in the big game next month would be a no-brainer.

Hassan Whiteside believes he’d be getting more All-Star votes if his name wasn’t next to his stats. #Heathttps://t.co/8xo2Q87ALm pic.twitter.com/fZxkXM36oL

Whiteside, who leads the League with 14.3 boards per night, dropped out of the top 10 frontcourt players in the second returns of the voting returns.

“You put my numbers up and just don’t put a face up there I feel like the (voting) numbers would be different,” Whiteside said (Tuesday) following the Heat’s shoot around in preparation for tonight’s game against Houston.

“Just my honest opinion. I feel like if you put a blackout screen and just put my numbers up there people (would say), ‘Oh, man, how is he not an All-Star?’ I feel like that’s what it is. Who likes who.”

Whiteside was asked why he believes people would not vote for him. […] “I feel like it’s a. … I don’t really know,” he said. “It’s one of those things I don’t really know. I don’t get caught up in that. I’m trying to get more wins for these guys. I get the All-Star questions, I know you all like to run with that story. There’s nothing I can do as far as being an All-Star.”

Related
Report: Players and Media to Vote for NBA All-Stars