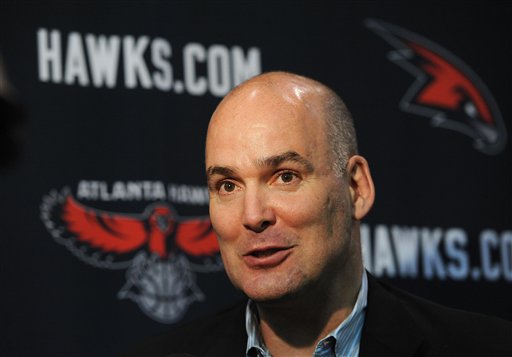 During a now-infamous June conference call between the Atlanta Hawks front-office and its ownership group, general manager Danny Ferry repeated some racially-disparaging comments about forward Luol Deng (who was a free agent the Hawks were pursuing at the time.)

Minority team owner J. Michael Gearon, Jr. wrote a two-page letter to majority owner Bruce Levenson calling for the resignation or firing of Ferry. Levenson ignored Gearon’s pleas, and the scandal eventually forced him to sell his share of the franchise.

As you know, last Friday there was a conference call attended by numerous persons including Hawks management and ownership. We believe that you and Ed Peskowitz were on the call, but we are not sure whether you were listening the whole time. During the call, which was recorded so that notes could be made for our partners unable to participate live, our GM Danny Ferry discussed player personnel issues at some length. With respect to one potential free agent, a highly-regarded African-American player and humanitarian, Ferry talked about the player’s good points, and then went on to describe his negatives, stating that “he has a little African in him. Not in a bad way, but he’s like a guy who would have a nice store out front but sell you counterfeit stuff out of the back.” Ferry completed the racial slur by describing the player (and impliedly, all persons of African descent) as a two-faced liar and cheat.

We are appalled that anyone would make such a racist slur under any circumstance, much less the GM of an NBA franchise on a major conference call. One of us can be heard on the tape reacting with astonishment. Our franchise has had a long history of racial diversity and inclusion that reflect the makeup of our great city. Ferry’s comments were so far out of bounds that we are concerned that he has put the entire franchise in jeopardy.

If Ferry’s comments are ever made public, and it’s a safe bet to say they will someday, it could be fatal to the franchise. All of our partners have worked and spent a lot of money not just to make the Hawks winners, but to make our city and region proud of the organization. As lifelong Atlantans with a public track record of diversity and inclusion, we are especially fearful of the unfair consequences when we eventually get thrown under the bus with Ferry. […] We are calling on you, as majority owner and NBA Governor, to take swift and severe action against Ferry. Our advisors tell us there is no other choice but to ask for Ferry’s resignation, and if he refuses, to terminate him for cause under his employment agreement.