Heat Reportedly Trying To Trade Up To Draft Shabazz Napier 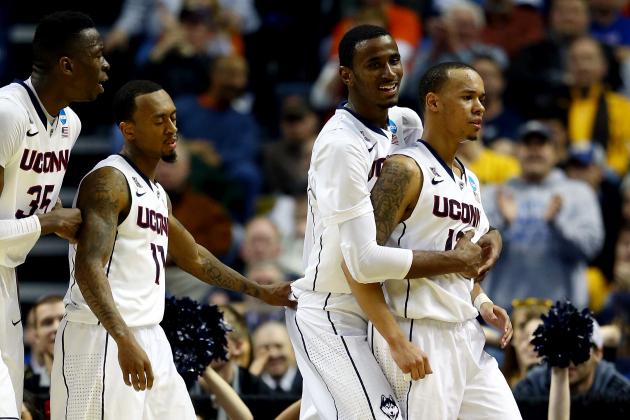 The Heat’s shallow roster and old age were exposed in the Finals, and the team wants to fix those problems this summer. According to ESPN’s Chad Ford, the team has its eyes on UCONN point guard Shabazz Napier.

Both James and the Heat are fans of Napier. James tweeted during the NCAA title game in April: “No way u take a PG in the lottery before Napier.”

Heat president Pat Riley, meanwhile, also is fond of Napier. Riley likes four-year players who can come in and contribute right away. Right after the NBA Finals, Riley flew out to work out Napier, a Heat source told ESPN.com.

Napier has been one of the hottest names in the NBA draft the past few weeks, and there’s almost no chance he falls to the 26th pick. Will a package of Cole, No. 26 and a first-round pick in 2017 be enough to lure a team? The Bulls and Celtics have been exploring trade options and could be enticed.