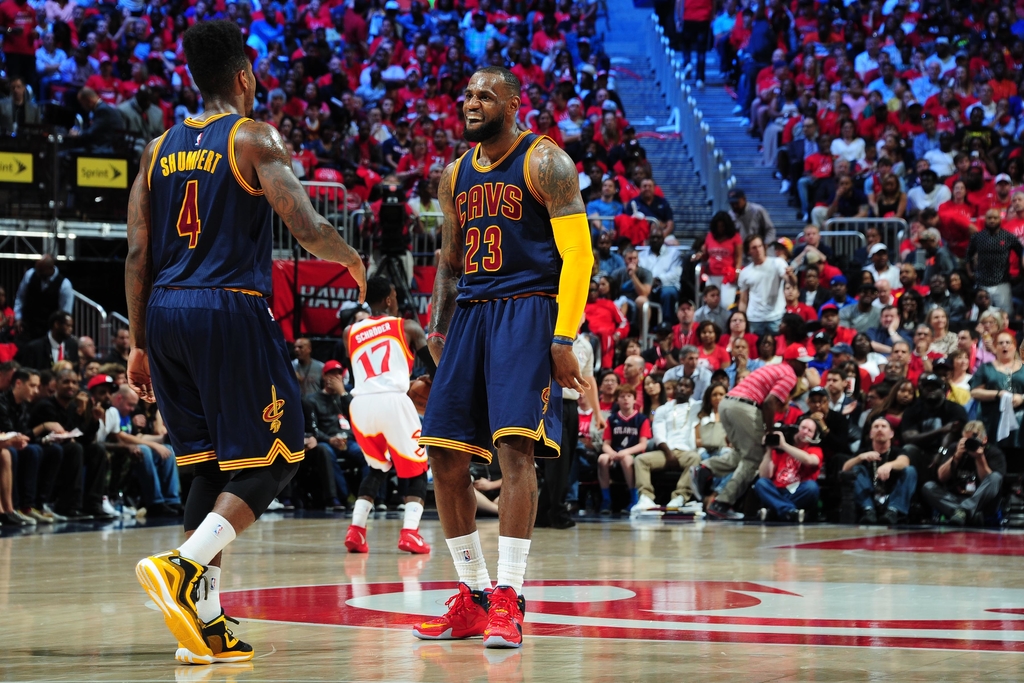 Shump boasts that Bron would kick Phil’s butt on the court if both guys somehow faced off during their respective athletic primes.

Spent an afternoon w/ @imanshumpert in Cleveland. Fun interview + he was a gem https://t.co/bXeW9VWQCH pic.twitter.com/LRVXFsRPzJ

The Zen Master is no longer his hero, Shump says.

In a recent interview, Phil Jackson referred to LeBron James’ business partners as the NBA player’s “posse.” What do you think about Jackson’s comments?

Shumpert: “He always got a comment. It’s Phil Jackson. Whatever.”

Did you think it was offensive?

Shumpert: “I think Bron would bust Phil Jackson’s ass. If Phil Jackson was in his prime, playing basketball, Bron would bust his ass. I’m glad Phil Jackson got the rings for Chicago. You traded me away from New York, cool. It’s all business, it’s all love, whatever. But I’m a grownup now. You not my hero no more. The Bulls era is gone, Mike is gone, Pippen is gone, you ain’t coaching the Bulls no more. So, I don’t care what you got to say about ’Bron. I don’t know how conscious he was of that word upsetting LeBron the way it did, but I understand why ’Bron’s heated.”